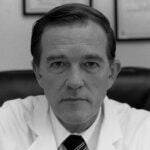 Werner-Washburne named Scientist of the Year

The Harvard Foundation has named Maggie Werner-Washburne the 2011 Scientist of the Year. Werner-Washburne was presented with the Harvard Foundation Medal for Science at a luncheon on April 8 to kick off the annual Albert Einstein Science Conference: “Advancing Minorities and Women in Science, Engineering, and Mathematics at Harvard.” Werner-Washburne, Regents Professor of Biology at the University of New Mexico, was honored for her outstanding scientific contributions in pioneering studies of the genomics of the stationary phase in yeast, providing insights into biological processes from aging to stem cell biogenesis. She was also recognized for her work with minority students, and has produced more than 20 Ph.D. graduates since 2004.

“We are delighted to welcome Dr. Werner-Washburne to Harvard University as our 2011 Scientist of the Year,” said S. Allen Counter, director of the Harvard Foundation. “We honor her outstanding record of producing minority doctoral graduates in the sciences.”

“Dr. Werner-Washburne is an amazing mentor and scientist, and I know both the Harvard community and the public school students will be captivated by her,” said Professor William Gelbart, Harvard professor of molecular and cellular biology. “She is truly inspirational.”