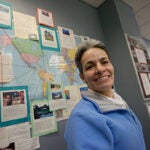 Long a Harvardian, now an American

We have all been saddened by the death of Robert M. Goldwyn, M.D. who passed away on March 23, 2010 at the age of 79 after a protracted struggle with prostate cancer. Throughout the 16 years from the time of the original diagnosis, Dr. Goldwyn was sustained by his extraordinary sense of humor, by his zeal to communicate with his patients and colleagues, and by his love for writing and communicating, wonderful qualities which only grew and never waned.

Robert M. Goldwyn was born in Worcester, MA, in 1930. He attended Worcester Academy, Harvard College (A.B. 1952; Phi Beta Kappa, Magna cum Laude) and Harvard Medical School (M.D. 1956). He trained in general surgery at the Peter Bent Brigham Hospital as a Harvey Cushing Fellow in Surgery from 1956 to 1961. From 1961 to 1963 he was a fellow in plastic surgery at the University of Pittsburgh Medical Center after which he returned to the Harvard Medical School and became Senior Surgeon at the Peter Bent Brigham and Beth Israel Hospitals. He served as Chief of the Division of Plastic Surgery at the Beth Israel Hospital from 1972-1996. In the latter few years of his tenure as chief, he enthusiastically joined with the plastic surgery departments of the other Harvard hospitals to develop what has become the premier plastic surgery fellowship in the United States, sought by the best of candidates.

Dr. Goldwyn’s extraordinary career in writing began to flourish with his appointment as Editor of “Plastic and Reconstructive Surgery” in 1979, a position he held with distinction for 25 years. He guided this journal to a position of pre-eminence and leadership because of his recognition of the explosive growth of knowledge that was taking place in the field of plastic surgery. Under his direction the Journal grew and improved markedly. He pioneered colorizing the Journal, and in 1999 began online publication of Plastic and Reconstructive Surgery. Throughout his tenure as Editor of the Journal as well as for the remainder of his years, Dr. Goldwyn maintained his sensibility, his sincerity, and his wit, traits which greatly facilitated his ability to work with others while instituting so many innovations.

As his training in general surgery was nearing an end in 1960, he wrote to Dr. Albert Schweitzer asking to come to Schweitzer’s clinic in Lamberene, Gabon. Dr. Schweitzer accepted Dr. Goldwyn, and greeted him warmly upon his arrival. Goldwyn was profoundly impressed and influenced by his observations of Schweitzer’s ministrations to his patients. The sensitivities to the desires and psyches of patients which Schweitzer displayed and promulgated became an integral feature of Goldwyn’s approach to patients for the rest of his life. His experience in Lamberene began and stimulated the formation of his profound interest in doing everything he could to benefit all of mankind. He kept a diary of his experiences with Schweitzer which was published in 2008.

Dr. Goldwyn was a founding member of Physicians for Social Responsibility. His articles on world peace, medical ethics, and opposition to biological and chemical warfare led to invitations to speak at institutions throughout the United States and the world. He traveled to Israel in 1973 to care for the wounded after the Yom Kippur War and to Pakistan in 1989 to care for Afghans wounded in their fight with the Soviets. In 1998, he co-founded an organization to care for victims of suicide bombings in the Middle East. His worldwide travels fanned his interest in linguistics, and he made acceptance speeches in the languages of the many countries that honored him. He was fluent in French, and never gave up learning new languages, especially in connection with his travels. Dr. Goldwyn was decorated by the governments of France, Germany and Italy with their highest honors for his work. Yet he remained a humble man who treated patients with the same deference he would pay a national leader, and with a wonderful charm and sense of humor.

Dr. Goldwyn was sought as a visiting professor by institutions, universities and hospitals, a role he fulfilled on more than 70 occasions. He was made an honorary member of more than a dozen national and international societies of plastic surgery, and received many awards including the Dieffenbach Medal, the Honorary Kazanjian Lectureship, Clinician of the Year of the American Association of Plastic Surgeons, and the Special Achievement Award and Presidential Citation of the American Society of Plastic and Reconstructive Surgeons.

In addition to his fondness for travel and linguistics, a survey of his work elucidates his desire to write and to convey all he learned from those around him, and especially from his patients. He never ceased in his attempts with his writings to expose both himself and his field of plastic surgery to both positives and negatives, as his last book entitled “Retired Not Dead” published in the last year of his life clearly depicts.

Robert M. Goldwyn was a giant in his field, and will truly be missed.