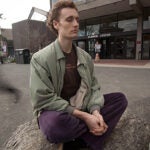 ‘Turn down the volume’

RNA plays a critical role in directing the creation of proteins, but there is more to the life of an RNA molecule than simply carrying DNA’s message. One can imagine that an RNA molecule is born, matures, and, eventually, meets its demise. Researchers at the Broad Institute of Harvard and MIT have developed an approach that offers many windows into the life cycle of these essential molecules and will enable other scientists to investigate what happens when something in a cell goes wrong. They describe their approach, which offers high resolution and a comprehensive scope, in a Nature Biotechnology article published online on April 24.

“People are discovering more and more how the RNA life cycle is at the heart of problems we see in disease, but we actually understand a lot less about it than we understand about many other cellular processes,” said Aviv Regev, a core faculty member of the Broad Institute and a co-senior author on the paper.

Regev and her colleagues have developed a method that allows them to tease apart the different stages of this life cycle by measuring how much messenger RNA (mRNA) is produced and how much is degraded. The balance of these two processes contributes to the changes seen in RNA levels in a cell over time, much the way that birth and death rates contribute to a country’s total population.

RNA levels are dynamic — they change in response to certain stimuli. For this study, the researchers examined dendritic cells, which are involved in the body’s immune response, as a model. They exposed these cells to a stimulus that resembled a pathogen and then looked at RNA changes before and after exposure.

“We wanted to understand how cells regulate RNA levels, and if regulation happens at the step of producing the molecule, degrading the molecule, or processing it,” said Michal Rabani, first author of the paper and an MIT graduate student at the Broad. “Each of these steps can affect the level of active RNA molecules in cells. If you want to understand what happens when things go wrong, you have to understand how things work when they work as they should.”

The researchers’ approach allows them to look at a specific cell type and see changes in the expression of all genes. This combination of breadth and specificity offers a systematic view of how RNA changes over time. “If we want to look at specific neurons in the brain or a specific cell that’s lying between other kinds of cells in the lung, this technique allows us to zoom in on one process in one cell among a billion other cells. This is the case in many diseases, a short circuit in one specific cell type, and now we have a great tool to find it,” said Ido Amit, a co-senior author of the paper and a scientist at the Broad.

The scientists harnessed an existing technique to trace the fate of newly produced RNA and paired it with a new sequencing-based technology that counts molecules of mRNA. The results also gave the researchers a view of some of the in-between steps, during which mRNA is edited or processed — an unexpected but serendipitous finding. “That’s the beauty of sequencing: It has a very extensive view so it shows you things you didn’t expect to see,” said Regev.

A key aspect of the approach is that the researchers were able to take “snapshots” of RNA levels over very short time intervals. Strung together, these snapshots reveal not only how the amount of RNA changes, but also the short-lived, intermediate phases of the RNA life cycle that are otherwise impossible to detect. “This allows us many windows into the world of RNA,” said Amit.

One critical application of the new method is in following up on leads from disease studies, such as mutated genes in cancer or other diseases that impact the RNA life cycle. “In the past, you would know that there’s a mutation and there’s even a suspicion of what the gene does, but it would have been extraordinarily hard to see the effect of the mutation on these types of processes in the cell,” said Regev, who is also an assistant professor at MIT and an Early Career Scientist at the Howard Hughes Medical Institute. The researchers hope that their newly developed technique will enable others to gain deep insights into how gene mutations disrupt RNA levels, and in turn, what proteins are made.

“We’re decomposing these RNA levels, breaking them down into each separate step, so that we can understand what happens at each of these steps and how they interact with each other to produce the final readout,” said Rabani. “It’s a very complex system, but understanding it could eventually help us understand what goes wrong when things don’t work.”

This work was supported by the Richard Merkin Foundation for Stem Cell Research at the Broad Institute.