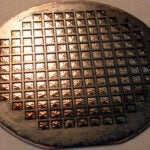 The director of Columbia University’s Earth Institute delivered a pessimistic assessment Tuesday (April 5) of the chances for significant U.S. climate change legislation, calling on the world’s academics to help find a workable path to a low-carbon global economy.

“Stop pretending that government will play a role, because it won’t,” said Jeffrey Sachs, a former Harvard professor and now a professor at Columbia who is a special adviser to United Nations Secretary General Ban Ki-moon. “We need a massive intellectual effort led by the expert community worldwide.”

In an hour-long Science Center talk, part of the Harvard University Center for the Environment’s Future of Energy lecture series, Sachs delivered a scathing review of U.S. actions to counteract human-induced climate change, saying the government has basically done nothing since agreeing to the U.N. Framework Convention on Climate Change, adopted at the 1992 Earth Summit in Rio de Janeiro.

The framework, Sachs said, was a good international agreement, because it acknowledged the danger of climate change and committed nations to doing something to fight it. Those actions were to be spelled out in subsequent protocols. But the only agreement adopted was the Kyoto Protocol, which the United States refused to ratify and which is set to expire next year.

Sachs blamed the U.S. refusal to act on the power and influence of the oil and coal industries. Opponents have effectively stalled action by using lobbyists, political contributions, and an effective public relations campaign that questions climate change science.

Because the United States is one of the largest global emitters of greenhouse gases, and another large emitter, China, is waiting for the United States to act first, American dithering has effectively delayed meaningful action across the globe, Sachs said.

“No president since George H.W. Bush has honestly taken on this issue — not Clinton, not Bush Junior, not Obama, because they’re scared of the interests,” Sachs said.

Though Sachs credited Europe and Japan with taking some meaningful steps, he said the problem globally has worsened since 1992. The conversations he has had with scientists indicate the problem is worse than is widely known and is accelerating faster than expected. Recent investigations have focused on thresholds that trigger natural feedback loops that, once greenhouse gas concentrations are high enough, will make it extremely difficult to turn conditions around.

“It’s worse than we think,” Sachs said. “Climate change has started. It’s serious. It is impacting the world’s food supply, and it’s going to accelerate.”

Though Sachs said the solutions must come from the academic and expert community worldwide, he didn’t let climate scientists off the hook. The scientific community has been too sensitive to criticism by climate-change deniers, Sachs said, giving them credibility and wasting valuable time responding to attacks like those levied in “Climategate,” when leaked emails prompted charges of scientific fraud, since refuted.

“They know we will engage our time and energy for a year for every accusation they make while they watch us run around in circles,” Sachs said.

To be fair, Sachs said, the problem is an extremely difficult one. Because it deals with the energy supply, remedying it requires painful changes at the heart of the economy of every country. It is also complex, centered on a global climate system not yet fully understood, including multiple interactions with other natural and manmade systems. The problem also requires international cooperation to solve it, something that has never been a strength of humankind.

Sachs called for a worldwide effort by scientists, mainly at universities but some from companies as well. Their task, he said, will be to plot a path toward de-carbonizing the global economy, answering questions about climate change science, determining which technologies are viable, and ultimately coming up with a plan that takes the world toward an energy supply much less dependent on fossil fuels within 40 or 50 years.

“We have to get started, and we have to do things at an accelerated pace,” Sachs said.