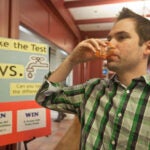 Will spend year at Stanford, then rejoin Harvard faculty

Dean Barbara J. Grosz of the Radcliffe Institute for Advanced Study announced today (April 14) that she will step down at the end of this academic year. Grosz, who is also Higgins Professor of Natural Sciences at the School of Engineering and Applied Sciences, will spend next year at the Center for Advanced Study in the Behavioral Sciences at Stanford University before returning to the Harvard faculty.

“After a decade at the institute, as I consider the next decade of my academic career and the challenges that have the potential to offer the greatest reward and make the most significant difference, I want to return to the research and teaching that first brought me to Harvard 25 years ago,” Grosz said in a message sent to the Radcliffe community this morning.

“The Radcliffe Institute is close to my heart, and I am deeply grateful for Barbara’s strong leadership,” said President Drew Faust. “Barbara has a talent for nurturing intellectual communities — forging new interdisciplinary collaborations, bringing together scholars from Harvard’s Schools and around the world. Thanks to her wisdom and guidance, Radcliffe plays an important generative role in the intellectual life of the University.”

Grosz has served as interim dean, and then dean, of the institute since July 2007. As dean, Grosz designed and developed the Academic Ventures program. Led by six faculty members from several Harvard Schools, Academic Ventures offers collaborative programming designed to engage faculty, students, and the wider community. Its events have included conferences and symposia about gender in the developing world, the emergence of patterns in the natural world, and the history and future of the book. Workshops and seminars at the institute have supported cross-cutting initiatives on an array of issues, including a national digital library, cybersecurity, and global women’s health leadership.

As dean, Grosz worked to deepen ties among the Radcliffe Fellowship Program, the Schlesinger Library, and Academic Ventures. Closer relationships have helped to enhance the institute as a setting for boundary-crossing research. “These synergies have made the whole greater than the sum of its parts,” said Grosz.

From 2001 to 2007, Grosz served as the institute’s dean of science, and is credited with attracting leading scientists to the Radcliffe Fellowship Program. Grosz also encouraged joint fellowship applications from small groups of scholars, known as research clusters, which have supported interdisciplinary scholarship on issues ranging from biography to bioengineering.

As a researcher, Grosz is widely known for her work in artificial intelligence, and was one of the earliest and most influential contributors to the computational modeling of discourse and to collaborative multi-agent systems. This scholarship draws from a variety of fields, including linguistics, psychology, economics, and philosophy.

“These are exciting times for a computer scientist,” Grosz said. “Traditional disciplinary boundaries are breaking down, and the broad intellectual experience that I have enjoyed during my decade at Radcliffe will inform my work for years to come.”

Grosz came to Harvard in 1986 as the Gordon McKay Professor of Computer Science. She is an elected member of the National Academy of Engineering, the American Philosophical Society, and the American Academy of Arts and Sciences. In 2009, she received the Allen Newell Award from the Association for Computing Machinery and the Association for the Advancement of Artificial Intelligence for “fundamental contributions to research in natural language processing and in multi-agent systems, for her leadership in the field of artificial intelligence, and for her role in the establishment and leadership of interdisciplinary institutions.”

Grosz received her undergraduate degree in mathematics from Cornell, and holds a master’s and doctorate in computer science from the University of California, Berkeley.

Faust plans to move quickly to appoint an interim dean to begin service on July 1.