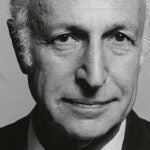 The awards, presented to more than 100 undergraduates over the past 28 years, recognize outstanding accomplishments in the arts undertaken during a student’s time at Harvard.

Charlie Albright ’11 is the recipient of the Louis Sudler Prize in the Arts. The prize recognizes outstanding artistic talent and achievement in the composition or performance of music, drama, dance, or the visual arts. This prize honors the sum of a student’s artistic activities at Harvard.

Julia Rooney ’11 and Katherine Tygielski ’11 are recipients of the Council Prize in Visual Arts. The prize recognizes outstanding work in the field of visual arts.

Liz Krane ’11 received the Louise Donovan Award. The award recognizes a Harvard student who has done outstanding work behind the scenes in the arts (e.g., as a producer, accompanist, set designer, or mentor and leader in the undergraduate arts world).

Bridget Haile ’11 is the recipient of the Radcliffe Doris Cohen Levi Prize. The prize recognizes a Harvard College student who combines talent and energy with outstanding enthusiasm for musical theater at Harvard and honors the memory of Doris Cohen Levi, Radcliffe ’35.

Kevin Shee ’11 and Elizabeth Walker ’11 are recipients of the Suzanne Farrell Dance Award. Named for the acclaimed dancer and former prima ballerina of the New York City Ballet, the prize recognizes a Harvard undergraduate who has demonstrated outstanding artistry in the field of dance.

Garrett McEntee ’11 is the recipient of the Alan Symonds Award. The award, administered by OFA and given by the Harvard-Radcliffe Gilbert & Sullivan Players (HRG&SP) in honor of Alan Symonds, HRG&SP alumnus and former technical director for Harvard College Theater, recognizes outstanding work in technical theater and commitment to mentoring fellow student technicians.

For more on the prize winners and their achievements.