Learning to love the irrational mind 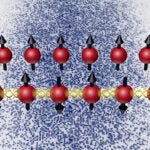 In his seven years as a New York Times op-ed columnist, David Brooks has witnessed the full range of politicians’ charms. He has seen Republican presidential hopeful Mitt Romney memorize the first names of every voter in a New Hampshire diner, and held former President Bill Clinton’s friendly gaze in conversation, even across a crowded room.

But when it comes time to create and vote on policies, Brooks said, that ability to relate to and empathize with the common man all but disappears. Brooks found himself wondering, he told a packed crowd at the Harvard Graduate School of Design (GSD) on Tuesday (April 12), “Why do the most socially attuned people on earth — the people I cover — make the most dehumanized decisions?”

The answers, Brooks said, lay in both politicians’ and American society’s flawed views of human nature. By trying to create policies based on the idea that humans are rational beings, Brooks argued in his talk, “Politics, the Brain, and Human Nature,” people ignore their irrational and unconscious needs at their own peril.

“We’ve inherited a view of ourselves that we’re divided selves, that we have reason over here and emotion over here,” Brooks said. “We value things we can quantify … and we tend not to devalue, but to be inarticulate about the rest.”

What scientific research is showing, however, and what Brooks argues in his new book, “The Social Animal: The Hidden Sources of Love, Character, and Achievement,” is that the irrational self can hardly be suppressed. Only by embracing that perhaps-unquantifiable need for community, relationships, and other unconscious desires, he told the crowd, can people make headway in pressing problems ranging from education to foreign wars.

Brooks’ ability to explore the intersection of the human sciences and practical politics garnered him the podium for this year’s Science and Democracy Lecture, organized by the Program on Science, Technology, and Society at the Harvard Kennedy School (HKS), said moderator Sheila Jasanoff, Pforzheimer Professor of Science and Technology Studies at HKS. The evening, which included an all-star lineup of Harvard analysts to respond to Brooks’ work, was co-sponsored by the School of Engineering and Applied Sciences (SEAS), the GSD, and the Harvard University Center for the Environment.

In a wide-ranging talk, Brooks laid out the conclusions he found while searching for an explanation for “this amputation of human nature” in politics and everyday life. What he found, he said, is that scientists who study the mind, rather than theologians or philosophers, are yielding the most interesting answers to questions of what constitutes character, ethics, and virtue.

Most thinking is unconscious, he said, and studies are showing that emotions, or unconscious responses, are most likely the foundation of the reasoning people use to make decisions.

“Emotions assign values to things,” Brooks said. “If you don’t have that valuation system, then your decision-making landscape is hopelessly flat.”

Furthermore, he added, research suggests that humans are “deeply interdependent creatures” who learn and even forge our personalities from the people we surround ourselves with.

By taking advances in our understanding of human nature into account, Brooks said, politicians and other leaders could benefit from an entirely new range of skills that have little to do with academic expertise or traditional intelligence. He cited research that the ability to learn from others, to monitor biases and shortcomings in our own thinking, to pick out larger patterns from a jumble of information, and to maximize self-restraint, among other traits, play a larger role in our success in work and in life than they’re commonly given credit for.

“If we base policy on a shallow view of human nature … we will design policies that are not fit for actual human beings,” he said. “We will have child-rearing techniques which continue to underemphasize the most important things in life. And we will have moral discussions that will remain vague and inarticulate.”

Despite the sweeping vision Brooks laid out for the audience, a panel of Harvard experts remained somewhat unconvinced of his argument for embracing the unconscious self.

Max Bazerman, Jesse Isidor Straus Professor of Business Administration at Harvard Business School, cautioned that emphasizing the effectiveness of human intuition could lead to dangerous overconfidence. America has already experienced the painful repercussions of leaders’ hubris in managing wars and the economy.

“People start businesses that should have never been started,” Bazerman said. “We fight wars because we want to get the bad guys. … We elect George W. Bush because we’d like to have a beer with him.”

And if policies fail to address social problems, then politicians’ preference for hard data over human experience probably isn’t to blame, said David Kennedy, professor of law and director of the Institute for Global Law and Policy at Harvard Law School. Even if politicians embrace a broader idea of human nature, the process of policymaking will remain conflicted and confusing.

“I don’t see the policy process as the best place where people figure out how to solve a problem,” he said.

Steven Pinker, Harvard College Professor and Johnstone Family Professor of Psychology, argued that our lives are hardly governed by passion and instinct. While the sort of subtle social intelligence that Brooks described is helpful, he said, a much larger body of evidence shows that IQ — a quantifiable measure of intelligence — is much more likely to correlate with a person’s success in all kinds of endeavors, from work to marriage to literary or scientific accomplishments.

After two hours of lively exchange, however, Pinker was quick to applaud Brooks for his book’s contributions to the continuing debate about reason and emotion.

“It’s in the very nature of science that the practitioners themselves disagree over the evidence,” Pinker said. “I’d like to welcome David to our fractious arena, and to thank him for raising the level of political discourse in this country.”