Helping the heart help itself 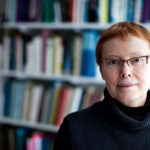 Research points to new use for stem cells

Human trials of stem cell therapy for post-heart attack patients have raised as many questions as they have answered — because while the patients have tended to show some improvement in heart function, the stem cells do not appear to turn into heart cells or even survive.

But in a featured paper published in the latest edition of the journal Cell Stem Cell, Harvard Stem Cell Institute (HSCI) researchers at Brigham and Women’s Hospital (BWH) provide a solution to the puzzle — and what appears to be a new use for stem cells.

The stem cells being transfused into the patients may not be developing into new heart muscle, but they still appear to be beneficial. Some stem cells in the bone marrow, called c-kit+ cells, appear capable of stimulating adult stem cells already present in the heart to repair the damaged tissue.

What this means, in effect, is that the c-kit+ stem cells are functioning much as a drug might, stimulating the heart’s own repair mechanism.

“It seems that heart muscle is being made from heart stem cells that are already there,” said Richard T. Lee, who led the new study. Lee, a Harvard Medical School professor of cardiology at BWH and leader of the HSCI Cardiovascular Disease Program, notes that “there have been some adult stem cells found in the heart, but it hasn’t been clear under what circumstances they are active, and how to turn them on.

“The study explains why some forms of cell therapy are helping the heart even though the cells themselves don’t survive inside the heart,” Lee said.

Up to this point, researchers working in regenerative medicine have envisioned two basic roles for stem cells: They can be used as treatments, to be given to patients to directly replace lost cells and repair damage; and they can be used to model diseases in the laboratory, and serve as targets for traditional drug discovery and initial testing. The Lee paper suggests a third role for these ubiquitous cells: At least in the heart, they can apparently stimulate other stem cells to repair damaged tissue. In a heart attack, heart muscle dies, reducing the heart’s ability to pump blood throughout the body. When that damage reaches a certain point, congestive heart failure, which is as lethal as many metastatic cancers, sets in.

Results thus far from studies in humans — Lee’s study was done in mice — “have shown a small improvement in heart function, but a big enough improvement so there is potential to prevent heart failure,” Lee said.

Lee said that the results in the mice, which had lost about 40 percent of heart function —the equivalent of a major human heart attack — showed “much better heart function when the stem cells were delivered.”

Ideally, Lee said, researchers would like to find a chemical that would, like the c-kit+ stem cells, stimulate adult cardiac cells to repair heart attack damage.