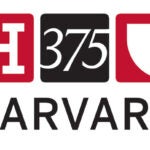 Harvard University today (April 21) announced it will sponsor five bike share stations in Allston and Longwood as part of a newly launched regional Bike Share program, Hubway. Harvard has also committed to sponsoring four bike share stations in the city of Cambridge when the bike share program expands regionally in Phase II of the initiative. The program was officially introduced this afternoon by Boston Mayor Thomas M. Menino and state officials.

“Over the past four years we have taken great strides toward making Boston a city that welcomes and encourages bicycling, but this innovative bike share system may be the most significant step yet,” said Menino. “We have worked tirelessly to build the infrastructure necessary to support such a system and we are confident that there is no better time to make Hubway a reality. I want to thank Harvard University for its tremendous support of this endeavor.”

Kris Locke of Harvard’s CommuterChoice Program says the University plans to sponsor four bike share stations in Allston and one in the Longwood area. (The exact locations are still to be determined.) Hubway is a joint initiative of the Metropolitan Area Planning Council (MAPC), the city of Boston, the MBTA, and MassDOT.

“Harvard has a longstanding commitment to sustainability and to using our campus as a living laboratory to support innovative solutions,” said Christine Heenan, vice president for public affairs and communications. “We are thrilled to partner with the cities of Boston and Cambridge on this initiative, and to work to reduce the environmental footprint of the University.”

Harvard’s commitment to bicycling spreads throughout its 12 Schools and multiple campuses. There are covered bike parking locations on Francis Avenue and at the Harvard Law School, Harvard Graduate School of Design, and Longwood campuses. Bike racks throughout the campus provide an opportunity for cyclists to lock their bikes safely while at class or work. In 2009, Harvard collaborated with the city of Boston on the design and implementation of bike lanes on North Harvard Street and in 2010 the University collaborated with the city to stripe bike lanes and install a cycle track on Western Avenue. These efforts are coordinated through Campus Services’ CommuterChoice program, the Office for Sustainability, the University Planning Office, and other programs run individually by Harvard’s Schools and departments.