Ethics and genetics in the digital age 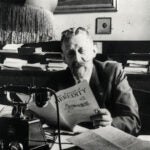 When five Texas parents found out in 2009 that the Department of State Health Services had saved DNA samples collected through its newborn screening program and was sharing them with researchers (and, as it turns out, federal investigators), they sued the state.

The class-action lawsuit, which resulted in the incineration of more than 4 million blood samples, stirred a range of reactions among experts in medical ethics, law, public policy, research, and entrepreneurship during a symposium on “Privacy, Autonomy, and Personal Genetic Information in the Digital Age” held April 14.

Organized by Cherry A. Murray, dean of the Harvard School of Engineering and Applied Sciences (SEAS), and co-hosted by the American Academy of Arts and Sciences in Cambridge, two panel discussions examined the “promise and perils” of creating digital repositories of genetic records and considered the policy implications of an individual’s right to access, control, and interpret his or her own genetic data.

The interdisciplinary event was held in conjunction with regional meetings of the National Academy of Engineering and Institute of Medicine and a Stated Meeting of the American Academy.

Within the past 10 years, the advent of high-speed, low-cost genetic sequencing methods has allowed the creation of services that provide genome sequencing and analysis directly to the public.

Through websites such as 23andMe.com, deCODEme.com, and Navigenics.com, anyone can provide a sample of saliva or blood and pay to have it screened for certain genetic traits — with varying levels of guidance (or none) from physicians or genetic counselors.

The results may be shared among participants, creating an online community that one panelist described as a “Facebook for genetics,” or among medical researchers who may benefit from the data trove as they attempt to understand the role of genetics in diseases like diabetes and cancer.

Health care providers, too, like those in Texas, are amassing records of genetic information alongside patients’ family medical history and epidemiological data.

Some experts believe genetic information needs a different level of protection than do health care records — perhaps more protection because it is inheritable and has greater implications for family members, or perhaps less protection because it represents only potential outcomes, rather than conditions actually made manifest.

The U.S. Food and Drug Administration regulates genetic testing as a diagnostic tool under the Federal Food, Drug, and Cosmetic Act, and individual states can enforce their own health care and privacy laws. New York state, for example, requires that genetic tests be ordered by a licensed medical practitioner. Additionally, the federal Genetic Information Nondiscrimination Act of 2008 prohibits discrimination in employment and health insurance on the basis of genetic makeup.

Even with such safeguards, though, genetic analysis and information privacy remain a “Wild West” for ethicists, legal experts, and policymakers.

Genetic altruists such as those who volunteer to participate in panelist George Church’s Personal Genome Project (PGP) do so because the data are essential for research into the causes and treatment of many diseases. For these early adopters of the technology, are certain risks inevitable?

Participants in PGP and the other sequencing services are required to sign consent forms (and, for PGP, pass an entrance exam), but the text of those consent forms, and the degree to which a signature might represent informed consent, vary by companies and health care providers, and across state lines.

“Can subjects ever truly be fully informed?” asked Flier, adding that a person signing a form today might be consenting to applications that “can’t even be imagined during the lifetime of the individual.”

“To what extent can one actually know the consequence of releasing that data?” asked Latanya Sweeney, an expert in digital privacy and a visiting professor at Harvard and the Massachusetts Institute of Technology. “People have a horrible time calculating their risk of harm. … Historically, that’s been the role of privacy policy, because we’re often in that position.”

Church, professor of genetics at Harvard Medical School, suggested that with time and education, public familiarity with genetics will increase in the same way that people have learned to use computers and smartphones.

Hank Greely, director of the Center for Law and the Biosciences at Stanford University, agreed that education is essential, warning against a “mismatch between public understanding and expectations — public knowledge — and scientific practice.”

“In research we have a relationship of trust with our participants, and that trust has to be based on a relationship with truth,” said Christine Patch, chair of the British Society of Human Genetics. “I think it’s important that people don’t assume they have more privacy than they have.”

Referring back to the Texas case, Sweeney added, “Not to have the individual as a firsthand party to the decision making, allowing them control, is a formula for disaster.”

Zittrain asked whether an individual should have the right to obtain his or her own genetic information through a site such as 23andMe.com without, for example, a prescription.

“I’m all for people being able to do it,” said John Schumann, assistant professor of medicine and faculty associate of the MacLean Center for Medical Ethics at the University of Chicago, who is a practicing physician. To require medical guidance for such a test, he said, is “burdensome and very paternalistic.”