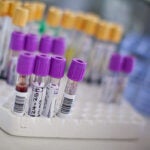 Studying dead women’s cut-up bodies was not what Katharine Park originally set out to do. “I was writing a social history of medicine in Florence, a topic I chose basically just because I got to go” to that fabled Italian city, she joked.

But while working in those ancient halls amid so much beauty, Park said, “I kept finding stories about women’s bodies being cut up. I remember I came across one entry in a diary, where the husband says his wife died, and he requested her to be autopsied. I was like, huh? Autopsy?”

Most scholars assume that autopsy and dissection were taboo in medieval Europe; if they were conducted, they were illicit and done only on the bodies of criminals by intrepid scientists and doctors, flying in the face of clerical authority in the name of pursuing knowledge.

But Park, the Samuel Zemurray Jr. and Doris Zemurray Stone Radcliffe Professor of the History of Science, discovered quite another story in the Florentine libraries. “This was a very wealthy, patrician woman. The story didn’t compute. And I kept finding little tiny bits and pieces about female bodies being opened over the years. By the late ’90s, I had a critical mass of the stuff, and it all felt so counterintuitive. It was time to see what it was all about.”

“As it turns out, the female body really lay at the heart of the development of autopsy and dissection as medical practices.” According to Park, dissection grew out of autopsy, and autopsy grew out of embalming. The interest in specifically women stemmed from a desire to understand the origins of life. As such, it was all sanctioned by the church.

“The functions of the uterus came to symbolize what they didn’t know. The idea was that the female body was really mysterious. Male bodies are all out there; everything about male identity is all on the outside. The uterus and female body are the last medical secret, a sign that they thought medicine had come to a point where it can penetrate most obscure workings of reproduction.”

It was always the uterus that was dissected first, according to Park, “except in the case of holy women,” she explained. “Then they would dissect the heart. The thought was, this woman has died, and she might be a saint. We can embalm her because the body is useful for establishing a cult. Then you have her insides, and she said she had Jesus Christ in her heart. Well, you might as well open it up and look for Jesus.”

“The fact is that human dissection is not a Renaissance invention,” Park continued.

“Anything having to do with medicine, health care, the human body — women are at the center. We’re going to have to rewrite a whole lot of pieces of history of early medicine.”

Park’s research came together in her book “Secrets of Women: Gender, Generation, and the Origins of Human Dissection,” which was rereleased in paperback a year ago. “I found that instead of this investment in the integrity of the human body, social history and religious sources tell us that the human body in medieval Christianity was something to be torn about,” she said. “The religion was about dismembered bodies. Christian ritual is organized around body parts. It became clear to me from the religious end that the assumption we had about medieval bodies was not holding up. In the end, I wanted to make it clear there was no religious prohibition against dissection.”

If this is true, then where did the idea that is was prohibited come from?” It was a 19th century myth,” said Park, “like that before Christopher Columbus everyone thought the world was flat. People are absolutely wedded to a view that says ‘We are modern, and they were stupid.’ ”

Park even found evidence that people long ago were even aware of hereditary illnesses and used dissection to investigate. “I found one case of a young boy’s death, wherein the father asked the physician to autopsy his son so that he could have medical advice for his other children.”

“These people were very good observers. Even if they didn’t have the scientific tools we have today, there was nothing wrong with their brains.”

“Every time I read something in The New York Times that Leonardo da Vinci had to hide the fact that he was doing dissection, and every time I listen to a tour guide in Italy tell these stories, it just kills me. I don’t know how to get rid of this myth.”