Change in the air at HSPH 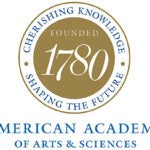 While testing a new air-monitoring system in a laboratory at the Harvard School of Public Health (HSPH), Daniel O. Beaudoin intentionally spilled a small amount of acetone on the floor. The system detected the substance, increased airflow to the space, and cleared the air in just 36 minutes. The acetone melted the wax right off the floor tiles, a small price to pay for improved safety — and sustainability.

In 2008, Harvard President Drew Faust announced the University’s goal to reduce greenhouse gas emissions 30 percent from 2006 levels by 2016 (including growth). To date, HSPH has cut its emissions by 19 percent, and the School’s investments in energy efficiency have resulted in savings of more than $1.3 million per year since 2006.

Systems installed in laboratories have contributed significantly to the School’s energy savings. (Many are from Aircuity, a Newton, Mass., sustainable design company.) Labs require a constant supply of fresh air that must be cleaned, heated or cooled, and humidified. After this intensive process, none of the treated air can be recirculated.

Each Aircuity system at HSPH reduces energy consumption by adjusting the number of air changes per hour in a lab based on actual conditions in the space.

“The Aircuity system pulls columns of air from a lab through a vacuum pump to a centralized station with a series of sensors,” said Beaudoin, manager of operations, energy, and utilities at HSPH. “The sensors in the central station monitor temperature, humidity, small particulate matter, large particulate matter, carbon dioxide, carbon monoxide, and total volatile organic compounds. Based on real-time readings, the system will adjust the ventilation rates in the lab.”

When no research is being conducted, it is unnecessary to run air changes at a high rate, so the system decreases airflow. Conversely, when sensors detect a chemical spill, the system ramps up to the maximum number of air changes per hour to flush out the space. With the exception of biosafety level 3 labs (where researchers deal with lethal bacteria and viruses), all labs in the François-Xavier Bagnoud Building have been outfitted with Aircuity systems over the past two years.

Other HSPH buildings benefit as well.

LED lighting and motion sensors installed throughout HSPH have also resulted in significant electricity savings. In the Kresge Building, high-efficiency LED lights replaced incandescent and fluorescent fixtures in all the offices renovated last summer. On the ninth floor of the building alone, the total number of watts expended per square foot was cut by more than 50 percent.

A 43,000-square-foot former schoolhouse at 90 Smith St., renovated to house HSPH administrative offices, is 100 percent LED-lit. Completed in February, the building was designed in compliance with the U.S. Green Building Council’s Leadership in Energy and Environmental Design (LEED) commercial interior guidelines. HSPH also has worked with local utilities to maximize energy efficiency, and learned from the New Buildings Institute’s “core performance guide.” Based on energy modeling, an “advanced building” may perform as much as 45 percent better than code.

Beaudoin and other operations personnel often collaborate with student and staff groups on campus. The Environmental Health and Sustainability Club at HSPH, started in 2007, has hosted park cleanups, designed water bottles for first-year students, and organized volunteer events with the Food Project, a Massachusetts urban farming program.

“Right now we’re working to create a speaker series about the effect of climate change on health,” said HSPH doctoral student Peter James, one of the club’s founding members and its current president. “For example, changing temperature distributions may lead to increased infectious disease transmission. It’s an emerging area of research.”

“It’s one of the premier models for Green Teams campuswide, as far as having representation from each department in the School and implementing things as a team,” said Longwood sustainability manager Claire Berezowitz, who heads eco-opportunity along with Tiffany Colt, assistant facilities manager at HSPH. “The composting program that started a couple years ago was largely the result of work done by eco-opportunity.”

Sebastian’s Café, the HSPH cafeteria, has full composting and recycling and no longer sells bottled water. Led by general manager Laurie Torf, the café was the first Harvard food service facility to earn a Green Restaurant Certification from the Green Restaurant Association of America.

This month, eco-opportunity is holding its third “Take the Stairs” competition to encourage walking instead of using the elevator. An online tracking system helps participants follow their progress. In the 2010 competition, students, faculty, and staff collectively climbed 44,396 flights of stairs.

“We did Mount Kilimanjaro the first year and Mount McKinley last year,” said Berezowitz. “It’s really gotten the word out about eco-opportunity, and it’s something to engage everyone at the School in sustainability.”