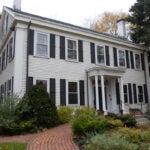 Twenty from Harvard are among the 212 new members elected to the American Academy of Arts and Sciences, one of the nation’s most prestigious honorary societies and a leading center for independent policy research. Members contribute to academy studies of science and technology policy, global security, social policy, and American institutions, the humanities, and education.

Since its founding in 1780 by John Adams, James Bowdoin, John Hancock, and other scholar-patriots, the academy has elected leading “thinkers and doers” from each generation, including George Washington and Benjamin Franklin in the 18th century, Daniel Webster and Ralph Waldo Emerson in the 19th, and Albert Einstein and Winston Churchill in the 20th. The current membership includes more than 250 Nobel laureates and more than 60 Pulitzer Prize winners.

Among the 2011 class of scholars, scientists, writers, and artists, and civic, corporate, and philanthropic leaders are winners of the Nobel, Pulitzer, and Pritzker Prizes; the Turing Award; MacArthur and Guggenheim fellowships; Kennedy Center Honors; and Grammy, Golden Globe, and Academy awards.

The new class will be inducted at an Oct. 1 ceremony at the academy’s headquarters in Cambridge, Mass.

Annette Gordon-Reed, professor of law; Carol Pforzheimer Professor at the Radcliffe Institute; professor of history in the Faculty of Arts and Sciences

For a complete list of the new academy members.