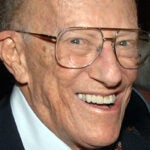 The shelves in Associate Professor Christian Werthmann’s office hold bags of plant seed and glass jars filled with bits of porous slate and shale. These raw materials are part of an experiment on the terraced roof of the Harvard Graduate School of Design (GSD).

Werthmann, director of the Master in Landscape Architecture degree programs at GSD, was in the process of writing a book on green roofs (“Green Roof: A Case Study,” Princeton Architectural Press, 2007) when he first considered the possibility of landscaping the roof of Gund Hall.

It’s clear that green roofs can have many positive effects, but because retrofitting an existing roof is very expensive — typically double the cost of building a green roof — they are often cut from building budgets.

“The problem is that you have to take off the existing roof material, bring up soils and materials using cranes or other hauling equipment, and then install the new green roof,” Werthmann said. “This is a test to retrofit the Gund roof with the lowest expense possible.”

Since beginning the project in 2006, Werthmann — with help from green roof specialists, a horticulturalist, and student volunteers — has conducted a series of three tests, experimenting with different plants, grasses, and growing mixes to find a cost-effective solution. Once the roof has sufficient plant coverage, Werthmann plans to measure the effects by installing temperature meters and gauging roof runoff. He hopes to launch a website with detailed photographs and results this spring. Despite challenging weather conditions and weight restrictions (in most areas, the roof cannot hold more than two inches of soil), Werthmann has some ambitious ideas.

“I would like to grow vegetables on the roof at the GSD and connect them to the cafeteria,” he said. “At the moment, there’s not enough fantasy in the green roof discussion. Roofs can be used for many more purposes, and we need to explore them.”

Green building technologies are an important part of the GSD curriculum. Werthmann teaches “Green Infrastructure in the Non-formal City,” a class that examines how green technologies can be used in slums to improve environmental performance, create public spaces, and generate income.

The Master in Design Studies program added a sustainable design concentration in 2008. About 15 students are currently enrolled in the 18-month postprofessional degree program. Christoph Reinhart, associate professor of architectural technology, serves as the sustainable design concentration coordinator. Over the past year, Reinhart worked with students in the concentration to develop DIVA-for-Rhino, based on a design-iterate-validate-adapt concept and the Rhinoceros modeling tool for designers. The application makes building performance simulation accessible to more architects, and is already being used in major design schools.

“This is a tool based in a CAD [computer aided design] environment called Rhino . . . which allows us to do environmental performance analysis,” Reinhart said. “We can now do lighting analysis, glare analysis, and energy analysis within the CAD software. It has been a tremendous success because students don’t have to leave the program they use all the time.”

Reinhart and GSD students also created an energy model of Gund Hall. It is part of a project supported by the Real Estate Academic Initiative at Harvard University, an interdisciplinary program of real estate research overseen by the Office of the Provost.

“With this model we can predict, based on current weather conditions, the energy use of the building,” said Reinhart. “We can then compare our predication to actual, measured energy use.”

He added that, “by doing this commissioning, you can help an owner see if a building is actually performing as it should perform. We want to expand this to other Harvard buildings.”

In 2008, the University committed to reducing its greenhouse gas emissions 30 percent by 2016 (from 2006 levels, including growth). Kevin Cahill, GSD facilities manager, estimates that the School has reduced its emissions 14 percent since the 2006 baseline, in part by replacing old air handlers with new systems that recover and reuse some of the heat exhausted from Gund Hall.

Facilities staff members have also collaborated with members of the GSD Green Team (founded in 2009) and the student group GSD Green Design to promote composting and recycling.

When students buy materials for model making — often in bulk — they may use only 10 or 20 percent of it, said Trevor O’Brien, operations coordinator at GSD building services and leader of the staff Green Team. “Now there are three freecycle racks — two in the studio areas — where they can leave materials for reuse.”

This summer, O’Brien worked with student Quardean Lewis Allen on a “Green Zone Map,” a floor plan of Gund Hall that indicates the location of composting, recycling, and reuse areas. Copies of the map are now displayed throughout the building.

Outside Gund Hall, bike racks are packed on a daily basis. To further encourage sustainable transportation, students Julia Africa, Shelby Doyle, and Erin Kelly were recently awarded an Office for Sustainability (OFS) grant to run a design competition for a solar-powered bike shelter. GSD facilities will help complete the project this year.