Thinking ahead on diabetes 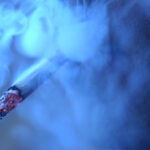 Doctors may be able to identify individuals at elevated risk of developing type 2 diabetes as much as a decade before symptoms of the disorder appear by measuring the levels of small molecules in the blood.

In a report in Nature Medicine, a team led by Massachusetts General Hospital (MGH) researchers describes finding that levels of five amino acids not only indicated increased diabetes risk in a general population but also could differentiate among individuals with traditional risk factors such as obesity those most likely to actually develop diabetes.

“These findings could provide insight into metabolic pathways that are altered very early in the process leading to diabetes,” says lead author Thomas Wang, an MGH cardiologist and associate professor of medicine at Harvard Medical School (HMS). “They also raise the possibility that, in selected individuals, these measurements could identify those at highest risk of developing diabetes so that early preventive measures could be instituted.”

New technologies to measure levels of metabolites — small molecules produced by metabolic activities and released into the bloodstream — are giving investigators more insight into the metabolic status of patients.  Because the diagnosis of type 2 diabetes marks the culmination of a years-long breakdown of the body’s system for metabolizing glucose, the ability to detect that breakdown at a stage when lifestyle changes could halt the process may significantly reduce the incidence of the disease.  Known risk factors such as obesity and elevated glucose levels often signify that diabetes actually is present, so earlier identification of at-risk individuals is critical to more effective preventive measures, the authors note.

Some earlier studies had found elevated levels of certain amino acids in individuals who are obese or have insulin resistance, a condition that precedes full-blown type 2 diabetes.  But no previous study examined whether levels of these or other metabolites predicted the future development of diabetes in currently healthy individuals.

The current study began with an analysis of data from the Framingham Offspring Study, which follows a group of adult children of participants in the original Framingham Heart Study.  Out of 2,400 study participants who entered the study in 1991 and 1995, about 200 developed type 2 diabetes during the following 12 years.

Using the baseline blood samples, the research team measured levels of 61 metabolites in 189 participants who later developed diabetes and 189 others — matched for age, sex, and diabetes risk factors such as obesity and fasting glucose levels — who remained diabetes free.

This analysis found that elevations in five amino acids — isoleucine, leucine, valine, tyrosine, and phenylalanine — were significantly associated with the later development of type 2 diabetes.  Several of these amino acids were the same ones that in smaller studies were found to be elevated in individuals with obesity or insulin resistance, and other evidence has suggested they may directly affect glucose regulation.  The association of levels of these five amino acids with future diabetes development was replicated in 326 participants in the Malmo Diet and Cancer Study.

The investigators then found that measuring combinations of several metabolites, as opposed to a single amino acid, improved risk prediction.  Overall, in individuals closely matched for traditional risk factors for type 2 diabetes, those with the highest levels of the three most predictive amino acids had a four to five times greater risk of developing diabetes than did those with the lowest levels.

“Several groups have suggested that these amino acids can aberrantly activate an important metabolic pathway involved in cellular growth or can somehow poison the mitochondria that provide cellular energy,” says senior author Robert Gerszten, associate professor of medicine at HMS and director of clinical and translational Research for the MGH Heart Center. “From a clinical perspective, we need to see if these markers, which we found using data from only about 1,000 individuals, do identify truly high-risk individuals who should be triaged to early preventive treatment and intensive lifestyle interventions.  Additional basic investigations can reveal if these metabolites play a role in the process leading to diabetes and if there are ways we can stop the damage.”