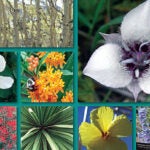 Helping to settle a debate over plate tectonics that has divided geologists for decades, scientists at Harvard University have moved a step closer to understanding the complex physical deformation of one of the most densely populated earthquake zones on Earth: the Tibetan Plateau.

Published in the journal Earth and Planetary Sciences Letters, their paper tackles a question fundamental to how earth scientists think about the ground we live on: Is plate tectonics applicable on a continental scale?

Harvard geophysicists Brendan Meade and Jack Loveless say the answer is yes. They say that on the Tibetan Plateau, where India is pressing north into the rest of Asia at a geologic sprint, the continents deform and interact in ways that can be understood using plate tectonic theory.

“There has been a great debate over plate tectonics since the 1960s,” said Meade, associate professor of earth and planetary sciences. “The interactions between continents are so complex. A lot of people in the field believe that continental interactions are too complex to be explained by plate tectonic theory.”

An alternative to plate tectonics — which describes how large plates of the Earth’s crust slowly move and interact — has long existed in the earth science community. Thin viscous sheet theory, as it is known, says that continental interactions are best understood as the result of continuous forces across blocks of land, rather than strain at discrete faults. Thin viscous sheet theory is born of a belief that plate tectonic theory, originally conceived of at the global scale, doesn’t adequately explain the smaller-scale motions of continents.

The debate isn’t an academic one: It has important implications for earthquake preparedness.

“By describing continental deformation using plate tectonic theory, we can estimate how quickly stress is building up on major faults, which will eventually be released in earthquakes,” said Loveless, a research associate in Harvard’s Department of Earth and Planetary Sciences. “It’s this type of calculation that can have implications for seismic hazard around active faults.”

To determine whether plate tectonics could be applied to continents, Meade and Loveless set out to test the premise on the world’s most active continental collision, redeploying tools ordinarily used to measure small faults to gauge massive chunks of the Earth’s surface.

Using highly precise GPS data from the Tibetan Plateau, they constructed a picture of how fast and in what direction land in the area was moving over time. Geologists had previously identified at least a dozen significant faults on the Tibetan Plateau. Meade’s team mapped fine movements of the Earth’s crust along all of these faults, looking at patterns of motion and strain at those boundaries versus elsewhere across Tibet.

“GPS data have allowed us to refine the global maps of tectonic plates and the interactions between them, giving a more detailed view of how the Earth’s crust deforms,” Loveless explained.

How much of the strain on a block of land, the scientists wondered, can be predicted by understanding what is going on at faults? If plate tectonics is a good explanation of continental interactions, they reasoned, then the strain at the faults, at plate boundaries, should account for most of the pressure on the entire block of land.

“If strain is localized mostly along major faults, then plate tectonic theory can also be used to describe the complex patterns of continental deformation,” said Meade.

That’s exactly what he and Loveless found. Compiling enormous amounts of GPS data — which can measure movements down to a staggering single millimeter per year — they found evidence that the Tibetan Plateau’s geologic strain is, in fact, found overwhelmingly at its faults. The models, which display direction and speed of motion as well as quantify the complex seismological measures of strain and deformation, show that analysis at the faults is a good predictor of the behavior of the entire block.