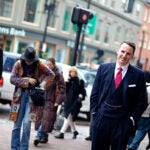 Cities on a hill

Former Quincy House tutor back with book on alternative press

There was the sprained ankle in Austin; the airplane that burst into flames; the theft of his new Ray-Bans from his shirt pocket; and the stranger who threw up on his shoes in a bar in New York City, where the threat of bed bugs loomed back at his hotel room.

Cambridge was once home for McMillian, who for years was a resident tutor in Quincy House, and who stopped by Harvard Wednesday (March 2) on his cross-country tour to promote his new book, “Smoking Typewriters: The Sixties Underground Press and the Rise of Alternative Media in America.”

The book chronicles the massive ’60s “youthquake” and the rise of radical underground publications, such as the Berkeley Barb, The Rag, and the East Village Other, and dozens more papers, which at one point, McMillian said, had a readership numbering in the millions.

“For me one of the big questions about the ’60s was how people became so intensely radical so quickly,” said McMillian, who is now an assistant professor of history at Georgia State University. “In 1962 the Beatles recorded ‘Love Me Do’ and in 1966 they recorded ‘Tomorrow Never Knows’ — the culture had changed so phenomenally.”

By the end of the ’60s, “something like 1 million young people were self-identifying as radicals or revolutionaries,” said McMillian.

“The underground press was a great undertold story, and underanalyzed phenomenon. In the ’60s you had people who decided that society not just needed to be reformed, but that it was rotten at its core. How did they get there? The underground press helps to explain that story.”

McMillian also explores the once widespread belief that smoking banana peels would get you high. Known as the Great Banana Hoax of 1967, McMillian said the rumor originated — and circulated — in the underground press.

“No one had ever traced the development of that rumor. I think I’m now the world’s leading authority on the Great Banana Hoax of 1967,” he joked.

McMillian was a nine-year fixture on campus, also lecturing in history and literature and teaching in Harvard’s undergraduate writing program. You could find him most Friday nights hosting chat sessions on politics and world events in his dimly lit Quincy House quarters, complete with a pink lava lamp, beaded curtains, and requisite bottle of red.

“Living at Quincy was one of the coolest things I’ve ever done in my life,” he said. “I love being around the energy of the University, the hustle and bustle of Harvard Square.”

McMillian’s next project is a history of the rivalry between the Beatles and the Rolling Stones.

Whose side is he on?

“In the book I’m not taking a position. But, the Beatles,” he said. “A million times more than the Stones.”

And with his charmingly disheveled hair that perfectly matches his ethos, he added: “When I die, I want people to play ‘Revolver’ and ‘Sgt. Pepper’ on a loop. That’s how I want to go out.”