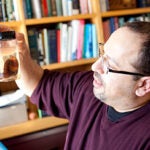 Elevated levels of p21, a protein best known as a cancer fighter, may be involved in the ability of a few individuals to control HIV infection with their immune system alone.

In a paper in the April issue of the Journal of Clinical Investigation, researchers from the Massachusetts General Hospital (MGH) Infectious Disease Division and the Ragon Institute of MGH, MIT and Harvard report that CD4 T cells from HIV controllers, while capable of being infected, can effectively suppress key aspects of the viral life cycle, an ability that may be associated with increased expression of the p21 protein.  Preliminary results of this study were presented at the October 2010 Infectious Diseases Society of America meeting.

“Finding that p21 — best known for its role as a tumor suppressor — is strongly upregulated in CD4 cells from elite controllers and that experimentally knocking out the protein substantially increases those cells’ susceptibility to HIV was quite surprising and suggests there may be shared mechanisms of immune defense against cancer and HIV,” says Mathias Lichterfeld of the MGH Infectious Disease Division, the paper’s corresponding author.

About one in 300 individuals infected with HIV are naturally able to suppress viral replication without antiviral drug treatment, an ability that keeps viral levels extremely low and prevents the immune system breakdown that characterizes AIDS. In those individuals, termed “elite controllers,” viral levels cannot be detected with standard assays, while in other viremic controllers, levels remain below 2000 copies/mL.  In 2006, Ragon Institute investigators established the International HIV Controllers Study to investigate immunologic characteristics that may underlie this rare ability. To date, more than 1,500 controllers worldwide have been enrolled in the study.

In November 2010, Ragon investigators reported in the journal Science that mutations in an important immune system protein explain some but not all of the ability to control HIV infection.

The current study was designed to investigate additional mechanisms influencing natural HIV control and focused on factors that interfere with viral growth within CD4 T cells, the virus’s primary target. The researchers first confirmed that HIV growth is much less efficient in cells from elite controllers than in those from individuals with progressive HIV infection or uninfected blood donors. CD4 cells from viremic controllers also had reduced viral replication, although not to the extent seen in elite controllers.

Because previous studies have found that elevated levels of the tumor suppressor p21 — which blocks a cellular enzyme required for viral replication — reduced HIV replication in other immune cells, the researchers examined the protein’s expression in CD4 T cells. The experiments revealed that levels of p21 and its associated mRNA were 10 to 20 times higher in CD4 cells from HIV controllers. In addition, experimentally knocking out the protein significantly increased viral replication in CD4 cells from HIV controllers.

“We found that p21 expression affects at least two stages in the HIV life cycle inside CD4 T cells. It blocks reverse transcription — one of the earliest stages at which viral RNA is converted into DNA, a necessary step in making the building blocks for new viruses — and it inhibits the production of new viral RNA molecules derived from the viral DNA integrated into the cells’ chromosomes,” says Lichterfeld.  “This ability to independently block two different events seems to enhance p21’s effect in limiting the production of new viruses.

“The challenge now is to understand why p21 is more strongly expressed in HIV controllers,” he continues. “Once we know that, we may be able to induce increased p21 expression in a broader patient population, which may produce greater resistance to HIV. It looks like immune protection against HIV is mediated by a combination of different mechanisms, and p21-mediated inhibition of HIV replication may be an important piece of the puzzle.” Lichterfeld is an instructor in medicine at Harvard Medical School.

Original support for the International HIV Controllers Study came through a 2006 grant from the Mark and Lisa Schwartz Foundation, and the study was expanded in 2008 through the support of the Bill & Melinda Gates Foundation. Additional support for this study includes grants from the National Institutes of Health, the Doris Duke Charitable Foundation, the Department of Veterans Affairs, and the Florida Department of Health.