New hope for the cure 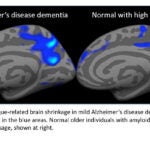 With currently available early-detection methods for breast cancer, many people can be treated successfully. But for the 20 percent of patients with so-called triple-negative breast cancer, the outcome is bleak. Now, however, researchers from Harvard Medical School (HMS) and Baylor College of Medicine have identified a critical molecular component to the disease, one that suggests potential therapies involving combinations of FDA-approved, readily available drugs.

The research was published on March 4 in the journal Cell.

Triple-negative breast cancer is an aggressive disease with few therapeutic options. Patients with such tumors can be treated only with chemotherapy. If the cancer spreads, the median survival rate is one year.

The complexity of triple-negative breast cancer renders it so difficult to treat. The disease is extremely heterogeneous, characterized by hundreds of genetic mutations. Without knowing the critical molecular switches that power this type of breast cancer, researchers have no way to develop targeted therapies.

The HMS-Baylor College of Medicine team reports that an enzyme called tyrosine phosphatase PTPN12 is knocked out in 60 percent of nearly 200 triple-negative breast cancers tested. This phosphatase belongs to a class of enzymes that keeps cell-growth pathways in check and cancer at bay.

The team identified the critical enzyme by looking in petri dishes for proteins whose absence caused normal breast cells to become cancerous.

“We were looking for genes that pushed the cells over the edge,” explains Steve Elledge, the Gregor Mendel Professor of Genetics and a professor of medicine at HMS.

One of tyrosine phosphatases’ primary jobs is to turn off another group of enzymes critical for growth called receptor tyrosine kinases. The researchers reasoned that, if they could identify the enzymes that were switched on in the absence of PTPN12, they could pinpoint critical drug targets that might be used to develop therapies for patients with triple-negative breast cancer.

To identify these proteins, the team turned to HMS Associate Professor of Cell Biology Steve Gygi. By taking a look at all proteins activated in cells lacking PTPN12, the researchers found two enzymes crucial for breast cancer’s progression, or metastasis, EGFR and HER2.

In addition, the team used biochemical methods to identify a third receptor enzyme, called PDGFR-b , that was also regulated by PTPN12.

These results collectively suggest that the improper activation of these three tyrosine kinases could be the major cause of triple-negative breast cancer.

“We’ve grabbed a molecular foothold in triple-negative breast cancer,” says Westbrook, who discovered PTPN12 as a postdoctoral fellow in Elledge’s laboratory. “We are now starting to understand the disease better. Even more important, we have a rationale for a combined drug therapy for the disease.”

Their idea: to treat the disease, turn off the trio of enzymes with drugs.

To test their strategy, the team took advantage of two drugs already being used to battle other types of cancer: laptanib (Tykerb), which turns off EGFR and HER2, and sunitinib (Sutent), which turns off PDGFR-b.

These results suggest that sunitinib and laptanib (or similar drugs) together may be a promising therapy for people with triple-negative breast cancer. And because both drugs are already FDA-approved and sitting on pharmacy shelves, they can be tested immediately in these patients.

“This research underscores the relation of basic bench science to human health,” says Elledge. “If you know what’s driving the cancer, you can think about targeting that for therapy.”

The team hopes to launch a phase II trial for triple-negative breast cancer by the beginning of 2012.