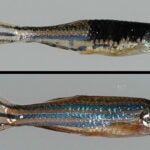 Scientists at Harvard have created breathtaking 3-D images of an entire organ, moving a step closer to understanding the complex development of the kidney. Their work provides a detailed view of the intricate structure of the kidney and its intertwined tubules.

The pictures, one of which won a 2011 Wellcome Image Award for microscope images, are as striking as they are informative. The kidney appears suspended, pink and green against a black backdrop, with all the varied texture of a macroscopic picture. The surface appears covered in raised horseshoes of green, representing the cap mesenchyme. Under it, the characteristic lima bean shape of the kidney is a stringy mass of bubblegum-pink tissue.

Bob Kao, a graduate student in the laboratory of Andrew McMahon in the departments of Molecular and Cellular Biology and Stem Cell and Regenerative Biology, is one of the scientists behind the project. He recently traveled to London to receive the team’s Wellcome Image Award, an honor bestowed annually by the Wellcome Trust in recognition of striking, informative, and technically excellent images.

Kao says the gorgeous surface image is just the beginning of what this approach to tissue imaging can offer.

“We have just an immense amount of data contained in these images,” he explains. “The still picture is beautiful, but if you put a series of pictures together you get a video, and that can tell you a lot.”

This is just what Kao’s colleague Kieran Short, a postdoctoral fellow in Ian Smyth’s laboratory at Monash University in Australia, has done. Working with Kao, he has compiled the images of fetal kidneys into short videos that include a cellular view of the intricate tubules inside the organ.

The imaging technique Kao and his collaborators used, called optical projection tomography (OPT), allows scientists to see the structures deep within the kidney with astonishing clarity. Instead of using sliced-up tissue, fluorescently labeled kidneys are left intact and are imaged from all sides to create a three-dimensional picture.

“These renal structures are just minuscule — at least 500 times smaller than a penny,” explains Kao.

The horseshoe-shaped structures on the surface of the kidney, known as the cap mesenchyme, contains progenitor cells that give rise to the nephron precursor known as the renal vesicle. The renal vesicle undergoes complex morphological changes to form the nephron — the filtration unit of the kidney. Each cap mesenchyme is just 130 to 230 micrometers in length but appears in high resolution from many angles, thanks to the layering of OPT images.

For the kidney, with its scaffold structure and varied cell types, this type of imaging can be a very powerful tool. Being able to image the tissue at different stages of development will allow scientists to tease apart how such a complex organ develops.

The next step will be to merge the cellular understanding of how shape changes during development with genetic information about the same tissues.

“We can integrate our visual foundation with the genetic specifics to create an even more complete picture of how kidneys develop,” says Kao.