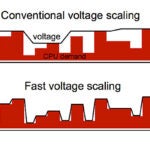 When in graduate school at Stanford University in the 1990s, Gu-Yeon Wei shared a trailer office near a little kitchen where two other students worked. When they were on the network, he said, everyone’s computer slowed.

That little kitchen office was where Yahoo! came from, along with its dotcom-era millionaires.

“I had those same dreams. Why not?” said Wei, who is Harvard’s newest tenured professor of electrical engineering.

In 2000, he joined an Oregon start-up just after finishing his Ph.D. coursework. But first he secured a teaching job, and his prospective university employer agreed to wait for him. After all, industry experience is valuable for engineers who design, build, and fix things.

“My boss at the time promised to send me to Harvard a millionaire,” said Wei, but a few market corrections soon altered that picture. “I felt very fortunate I had this other job on the table.”

“This other job,” over seven years, made Wei (pronounced “we”) the Gordon McKay Professor of Electrical Engineering at the Harvard School of Engineering and Applied Sciences. Still, he said, “I learned a lot in those 18 months,” including tips on real-world design and production from circuitry experts with decades of experience.

But getting into electrical engineering at all was “a series of accidents,” said Wei, who entered Stanford in 1990 with the idea of majoring in physics. First there was the daunting competition, he said, from the “super mini-physicists” already in his freshman class.

Then there was the surprising draw of electrical engineering, prompted in Wei’s sophomore year by a course in electrical semiconductor devices taught by James D. Plummer, the current dean of engineering at Stanford.

That course reawakened the appeal of making things. Wei had spent his boyhood tinkering, making plastic model robots, cars, and planes from kits so cheap they the cost the equivalent of an ice cream bar. “I loved to pick one up and put it together,” he said. “And I never read the instruction manual.” Wei also designed his own rubber band shooters and searched for optimal slingshot components.

Then there was Wei’s lifelong comfort with math and science, subjects that seemed to transcend the cultural and linguistic boundaries of his peripatetic childhood. “I lived everywhere,” he said. His father, an economist with the Ministry of Finance in South Korea, had a lot of foreign postings. Wei and his three older sisters lived in pre-revolutionary Iran, suburban Virginia, the Philippines, and briefly in South Korea. By then, in sixth grade, Wei’s faulty Korean didn’t matter in courses dominated by numbers. (In 1990, he finished high school in New Hampshire, at Phillips Exeter Academy.)

At Stanford, Wei’s first taste of practical electrical engineering involved working in a “fab,” a computer-chip fabrication facility that required donning a hairnet and a clean-room “bunny suit” every day. “Ultimately I decided I didn’t like working in fabs,” said Wei, with a trace of a smile. “It ruined my hair.”

So he decided to go “one layer up” and focus on designing circuits in the Very-Large-Scale-Integration (VLSI) realm. VLSI, a staple of research since the 1970s, refers to combining what were once thousands — and are now billions — of transistors on a computer chip.

Over time, Wei settled on one very hot VLSI issue: power-supply regulation for microprocessors. Circuits have to consume minimal energy for computation, making them easier to cool. But the same circuits in the world of Ultra-Low-Power-Computing have to maintain the high speed necessary for modern devices such as cell phones and computers.

At Harvard, Wei is exploring this low-power, high-efficiency challenge in the Micro Air Vehicles Project. The aim is to design and build robotic flying insects , or “RoboBees,” that are robust and agile enough that they might one day perform sensitive and even dangerous tasks like military surveillance and weather mapping. (Many collaborating faculty members, including Robert Wood, are from Harvard’s Wyss Institute for Biologically Inspired Engineering.)

“The more efficient it is,” said Wei of the tiny robot’s power pack, “the longer it can fly.”

Wei spends the other half of his research time studying how to reduce the uncertainties of nanoscale modern circuits, where variability is measured in atoms. He often collaborates with David Brooks, the Gordon McKay Professor of Computer Science who is a specialist in the architecture of the computer systems’ underlying circuitry.

And what does he do in his down time? “It’s hard to have a life when you don’t have a life,” said the busy Wei, who just moved to Beacon Hill from Cambridge. But he’s trying out new hobbies, “things like cooking more,” he said.

“Cooking and engineering have a lot of commonalities,” said Wei. “There’s a structure, and there’s a method. And there’s room for creativity.”