A lifelong love of African art 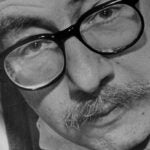 African art has been a lifelong passion for Monni Adams, an anthropologist and researcher at the Peabody Museum of Archaeology and Ethnology who most recently has been working on African masks and their meaning in local culture.

Adams publishes regularly and is the curator of an exhibit on masks at the Tozzer Library Gallery that runs through March 31. Those around her are amazed not just at her pace, but that she’s been able to maintain it at such a high level.

Adams turned 90 in October, with a party and much fanfare at the Peabody, and says she doesn’t plan to stop anytime soon.

Though Adams’ longevity has brought her attention, Peabody Director of Exhibitions Samuel Tager said it’s a mistake to define her by her age. As much as anyone he’s ever met, Tager said, Adams lives the life of the mind and is “occupied by ideas every single day.”

“Age is an absolutely irrelevant thing for Monni,” Tager said. “She publishes the way someone trying to get tenure might.”

Adams received a master’s degree in 1963 from Columbia University and a doctorate in 1967 on Indonesian art, which became the subject of her first book, “System and Meaning in East Sumba Textile Design.”

She first saw Harvard in 1970 when she attended a conference at the University and has held a variety of faculty and research positions over the years. She taught art history at Columbia and the Massachusetts Institute of Technology from 1972 to 1974, and then in the mid-1970s was selected for a five-year position as an associate professor of art and anthropology at Harvard and a curator at the Peabody.

She also taught at Wellesley College and the Harvard Extension School from 1980 to 1998. Adams curated a major exhibition in 1982 at the Carpenter Center, “Designs for Living: Symbolic Communication in African Art,” which presented an array of objects that typified art in Africa. From 1999 to 2001, she had an exhibit at the Peabody, “Heads and Tales: Adornments from Africa,” when she was the Hrdy Guest Curator at the Peabody. She was also a senior research fellow at the Center for the Study of World Religions at Harvard Divinity School from 2002 to 2003.

The Tozzer exhibit, “Masked Festivals of Canton Bo (Ivory Coast), West Africa,” grew out of a year Adams spent living among the people of the dense forests in Liberia and the Ivory Coast from 1989 to 1990. The Canton Bo people conduct masked festivals to invite spirits to protect their villages, bless their crops, and improve fertility among their women. Adams published an article on the Canton Bo in 1993, examining women’s art — largely restricted to the faces of girls, the walls of houses, and the surfaces of pots — as a way of expressing their control of those areas in their otherwise male-dominated communities.

Her most recent article, in the summer 2010 issue of African Arts, reviewed the mask work of the Mano people of Liberia and explores reasons why the creations of the neighboring Dan people tend to be displayed and written about more prominently.

She recounts the career of medical missionary George Harley, who worked in the area and collected masks under threat of death. He amassed 247 Mano and Dan masks to the Peabody.

Adams says an active lifestyle has paid off. She wakes each morning without aches and pains that plague some of her peers, and she takes no pills. She exercises regularly and lives less than a mile from campus, walking back and forth when the weather permits.

“I’m so glad I found such an interesting subject to pursue that I can still think of articles to write,” Adams said. “It’s an unending source of ideas and insights as to how people live together.”