A fate in the stars 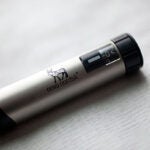 Thinking ahead on diabetes

David Charbonneau has loved the outdoors since he was a Boy Scout growing up in Ottawa. As a young man he was an avid hiker, a pursuit that eventually nested nicely with his growing interest in astrophysics and the dark, remote mountaintops where scientists turned the eyes of telescopes to the heavens.

Now Charbonneau, a newly tenured professor of astronomy at Harvard, has become one of those scientists. Thinking back to his Scout days, he can’t remember a time when he wasn’t intrigued by the stars. His interest started as a pastime.

“I had my little star chart, but being an astronomer didn’t seem like a real job to me, growing up,” he said.

Charbonneau is humble about what he has accomplished. At 36, he has already had a fruitful career, making major contributions to the discovery of exoplanets, which orbit stars other than our sun. He heads the National Science Foundation’s MEarth Project, which is hunting for habitable super-Earths orbiting nearby small stars, and is a member of the NASA Kepler Mission to survey Earth-like planets.

In his office sits a giant crate containing the planet-searching telescope he built as a postdoc — waiting to be unpacked in his office at the Harvard-Smithsonian Center for Astrophysics.

“It looks like a little person when it’s all set up,” he said, laughing. “And it is a neat piece of equipment for students to see.”

For all his success, Charbonneau seems focused as much on his students as on his own research.

Since Charbonneau took the reins as director of undergraduate studies in the Department of Astronomy in 2008, he has spent hundreds of hours redesigning course offerings. His goal has been to offer a set of courses diverse enough so every student with an interest in astronomy can take an appropriately focused course.

“Five years ago, we didn’t have much support for concentrators who didn’t want to get a doctorate in astrophysics,” he said. “Astronomy should be more accessible than that.”

Charbonneau has personally taught many of those new courses, from a freshman one on stellar astronomy to an advanced course on exoplanets. Those who’ve taken his courses report that his ability to explain complex concepts in astrophysics to students of varying backgrounds is astounding.

As a professor, Charbonneau has a reputation for being both approachable and inspiring. He is transparently excited about astronomy. He makes searching eye-contact with his students, scanning the room as if hoping to catch a moment of recognition in their faces. Even students outside his department find his zeal for astronomy to be infectious.

But Charbonneau is surprisingly bashful about his success in the classroom.

“Students want to learn about interesting things,” he said. “I’m lucky enough to know a lot about the universe, which is pretty interesting, if you ask me.”