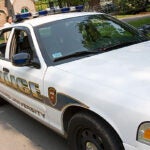 Ekene Agu ’13 got a bit of a shock during her freshman year at Harvard College.

Agu, who grew up both in Nigeria and in the United States, was startled to read an article in the Harvard Salient — an undergraduate publication with a conservative take on politics and student life — that argued against undergraduate concentrations in women’s and ethnic studies. She says that the author’s opposition was less disturbing than his reasoning.

“He didn’t believe that women or people of color had contributed enough to the societies of the world to warrant the formation of departments devoted to their study,” says Agu. “I was even more surprised at his boldness. Harvard is notorious for being a liberal hotbed, and though I expected a diversity of ideologies, I definitely was not prepared for such incendiary remarks. It made me realize the immense degree to which some people on campus see things a lot differently than I do.”

In an age of blogs, RSS feeds, and TV news channels devoted to partisan politics, it would have been easy for Agu to recoil from the Salient article and immerse herself in information that reinforced her own perspective. Instead, the Eliot House sophomore embraced difference. She joined Sustained Dialogue (SD), a program that assembles undergraduates from diverse backgrounds and experiences to discuss often-divisive topics such as race, class, gender, and sexuality.

“These conversations are vital,” says Loc Truong, assistant director of the Harvard Foundation, an organization that works to improve relations among racial and ethnic groups within the University. “They bring students together who otherwise would not have a chance to meet one another. It’s an opportunity to learn about yourself and your peers. SD is creating tolerance, understanding, and, hopefully, acceptance.”

About 60 undergraduates from a wide range of ethnic, racial, and socioeconomic backgrounds take part in SD at Harvard. During the academic term, they meet each week in six different groups — four in the Houses, two in Harvard Yard. Discussions last about an hour. The group moderator — a student trained by SD national staff — suggests a theme at the beginning of the term, but then lets the conversation grow naturally from there, stepping in only to keep members on the topic of the week.

Chris Frugé ’13, a moderator last fall, says that he got involved with SD because of the program’s personal approach to the discussion of social issues.

“In Sustained Dialogue, we discuss the issues not in terms of any ideological framework,” he says, “but instead from the perspective of our own life experiences. It’s not Republican versus Democrat. It’s people coming together by finding similarities in their personal experience.”

Frugé acknowledges that the issues SD explores are charged, and that discussions can be intense. He says that some basic ground rules help keep tempers in check.

“It’s OK to share stories, but not the names of anyone outside of the group,” he says. “You can speak your mind and express your opinion—we don’t want people to be ‘politically correct’ — but you can’t be intentionally derogatory. We create an atmosphere that’s not judgmental. We try to respond sympathetically to people’s experience, even if we don’t agree.”

SD was developed by Harold Saunders, deputy assistant secretary of state during the Nixon administration. Susan Marine, assistant dean of Harvard College for student life and director of the Women’s Center, says that Saunders created SD out of his work mediating conflicts between warring factions.

“He saw this model make a tremendous difference in war-ravaged regions,” says Marine. “He thought, ‘If I can get people who refuse to acknowledge each other’s humanity to sit down and talk to each other, then surely I can get college students to engage with one another.’”

In 1999, Saunders brought SD to the campus of Princeton University. Today, the Sustained Dialogue Campus Network (SDCN) extends to 14 colleges and universities across the United States. Harvard became part of SDCN in 2010. According to Marine, the power of the program lies in the consistency and depth of the conversations. Because students meet each week of the semester, they are able to explore issues in a way that’s not possible in a one-hour workshop, or even a semester-long course.

“SD is the same students week after week,” she says. “People come to understand difference gradually and use that information in a meaningful way. You can’t be an effective social change agent until you’ve had time to listen and understand other people’s experiences. Personal involvement requires personal investment.”

Dean of the College Evelynn M. Hammonds, Barbara Gutmann Rosenkrantz Professor of the History of Science and of African and African American Studies, says that SD helps participants become not only more conscious members of the Harvard community, but also more effective leaders throughout their lives.

“Listening — particularly to those who are different than you — is a critical skill,” she says, “especially when you consider that many Harvard College students will take up leadership roles throughout their lives. These conversations provide students with the opportunity to view the world through a different lens. They will also be able to use the communication skills they learn here at Harvard and in the world after they graduate.”

Harvard’s SD groups will continue their conversations this spring. Marine says that the ultimate goal of the program is not only to deepen students’ understanding of each other and of the issues, but also to focus on some aspect of student life that could benefit from change and to engage in a social action project.

“Our big goal is for this to transform society,” she says. “If you’re going anywhere to lead or work, there will be all kinds of conflicts. The skills you learn through SD — building consensus, being respectful, and valuing difference — are all keys to strong organizations and a strong society. The more people participate in this program, the better our world will be.”