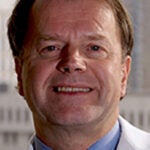 Poet and Harvard staff member Julia Budenz died in Cambridge on Dec. 11 at the age of 76.

The former nun turned classics scholar was the author of two books of widely praised poetry, “Carmina Carmentis” and “From the Gardens of Flora Baum,” the latter work being most renowned. Budenz wrote a poem a day for nearly 40 years, and “Flora Baum,” a work of five volumes, is a compilation of these poems. Often compared to Emily Dickinson, Budenz is speculated to have written the longest poem in the world, and her friends are currently reviewing her manuscripts.

A memorial poetry reading will be held on March 7, at 5 p.m., in the Woodberry Poetry Room at Lamont Library. General public who wish to attend will be asked to provide photo ID.