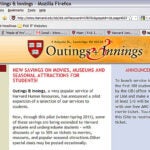 Arrests made in autumn robberies, but vigilance needed for urban safety

As an urban campus in a major metropolitan area, Harvard University is exposed to its share of crime, more than 90 percent of it minor property crimes. Heightened attention to the issue came in the fall when several robberies near or on campus caught the notice of Harvard community members. With the suspected perpetrators arrested, Chief Francis D. Riley of the Harvard University Police Department (HUPD) sat down with the Gazette to talk about personal safety and security on campus.

Q: What’s the overall picture of crime on campus?

The Harvard University campus consists of diverse facilities and environments in many locales: Cambridge, the Longwood Medical Area, Watertown, Allston, and elsewhere.  Focusing on Cambridge, where most of the events in the fall took place, the bottom line is that the city is, statistically, very safe, and Harvard University is a safe campus within a safe city.

Q: Several advisories were issued in the fall concerning robberies, armed and unarmed, on campus and on the streets nearby. Was there an increase in such street crime?

We experienced a small but nonetheless important increase in the number of such incidents occurring on or, more typically, near the campus. The incidents caused us to issue community advisories, which are designed to inform the community about a specific situation but also to remind people of the need to be cognizant of Harvard’s urban environment. Campus safety is a shared responsibility between the HUPD and the members of the Harvard community, and the advisories are an important tool in that partnership.

I should note that the majority of the incidents in the fall resulted in arrests and incarceration, due to some excellent work by the Cambridge Police Department, with whom we have a great working relationship.

Q: How does the public safety situation compare with historical trends?

Additionally, the vast majority of our crime, 90 percent plus, is property crime, such as the theft of unsecured laptops or bikes. When we experience serious crimes such as the armed robberies in the fall, they draw particular attention because they are comparatively infrequent, unexpected, and understandably cause people to worry that the campus’ physical environment may be becoming less safe. But overall, I believe that most people feel that this is an extremely safe community. I also believe that the community’s attention to these issues can be very helpful in assisting us in preventing more incidents in the future.

Q: How about Harvard’s different campuses?

Harvard’s campuses have differing profiles, and as a result Longwood presents different security and policing issues than Cambridge, which is still different from Watertown. The job of the HUPD is to ensure that all of Harvard’s campuses are safe and that students, faculty, and staff are able to advance the academic mission of the University.

Q: Can you talk a little bit about crime prevention efforts?

As I said a moment ago, the vast majority of campus crime is property crime, and much of our effort is directed toward its reduction. We have a variety of programs designed to make it harder for people to steal laptops, iPods, pocketbooks, wallets, and other easily sold goods. Some of those programs are specific to the way in which we deploy police resources, but others involve working collaboratively with the community, such as through laptop registration. I am confident that our outreach effort to form alliances and partnerships across the campus has been extremely successful in helping to reduce property crime over the past 10 years. Equally important, however, these efforts also directly help reduce the risk of other crimes occurring on campus. Police presence and community partnership deter all types of crime, not just property crime.

Q: What advice would you give to those walking around Cambridge and campus late at night?

We tell people to be street smart, to be aware of what’s going on around them. Don’t walk around with headphones turned up, unaware of your surroundings. Unfortunately, there are criminals in this world, and people need to be vigilant about their own personal safety.

Q: Is our level of crime unusual for an urban campus?

Obviously, our property and violent crime is associated with the crime within our host city. Until the most recent incidents, most of the violent crime has been in the surrounding areas, not specifically on our campus. Cambridge is a very safe city, and our campus is an extremely safe community within that safe city.

Q: How does HUPD communicate with the Harvard community about trends and personal safety?

To develop strong links with the community, officers are assigned to specific geographic areas and further assigned to specific buildings, departments, and Schools within those areas. Officers engage in both formal and informal community outreach with students, faculty, staff, and visitors on a daily basis to build relationships. Those relationships help build trust between the HUPD and the community and help facilitate problem solving.

We have extremely robust outreach programs to the residential communities within the University and the College. The majority of our efforts are directed toward the undergraduates. That’s because many of them are younger adults, some of whom have no experience in an urban area. So we put a lot of effort into face-to-face communication. Officers don’t just speak at freshman orientation or all-House meetings. They also go to dining halls and dine with the students. They know the kids by first names.

Q: Can you talk a little bit about community advisories, and when those go out?

The HUPD provides timely warnings to the University community when a significant criminal incident occurs on campus or in an area surrounding campus that represents a continuing public safety threat. Decisions to disseminate a warning are made on a case-by-case basis in light of all the facts surrounding the crime and judgments about ongoing risks to the campus community. The purpose of such a warning is to aid in the prevention of similar crimes by alerting the community to the incident and providing information on what actions people can take to enhance their personal safety. Significant criminal incidents that might elicit a timely warning include, but are not limited to, crimes of violence or patterns of property crimes.

The warnings can be a two-edged sword, though. In police work, you want to put out enough information to increase people’s vigilance but to not cross the fine line where you’re actually instilling an unhealthy sense of fear.

Q: What about the crimes that led to this fall’s advisories?

It is understandable that the University community would be concerned about the robberies in the fall. The majority of those investigations have resulted in suspects being identified and arrested.

The quick arrests and clearance of these crimes by the Cambridge Police Department (CPD) and HUPD officers working with CPD represented good police work. They came about because the CPD and the HUPD reacted swiftly to the incidents, increased police presence in and around Harvard Square, and, as they always do, worked very closely together.

Notwithstanding the arrests, we have maintained a higher level of visibility and increased presence around campus.

And, of course, people should continue to be aware of their environment and report anything suspicious to the HUPD.

Q: For those new to campus, can you tell us a little bit about your background?

I retired from the Massachusetts State Police after 25 years of service with the rank of lieutenant colonel in command of the Division of Investigations and Intelligence. This division is composed of State Police detectives with a wide responsibility for most major crimes in the Commonwealth. I was actually a member of the Harvard community in 1989 to 1990 as a student at the Harvard Kennedy School, and became HUPD chief in January 1996. I believe that, in the 15 years that I have been here, we have made significant progress integrating the department into the community and instilling a cooperative atmosphere of partnership to address the serious issues of safety and security for the entire community.

Q: Any final messages for members of the community for the spring term?

It’s human nature that the further we get away from events, the less we pay attention to them. Despite the fact that we’re sitting here talking about the overall safety of the campus, I would caution people not to become complacent about what’s going on around them.

The community can help by keeping a level of vigilance — not fear, but vigilance – by taking precautions, and communicating to us their concerns so we can deal with them.