He’s got a head start 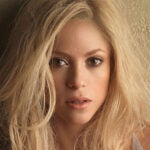 Shakira named Artist of the Year

“When I look in the mirror, I think I look like a Marx brother,” joked Daniel Lieberman. But, he insists, beneath our daily quibbles with how our faces look, our heads are wonderlands that we often take for granted. After all, their design was millions of years in the making.

In Lieberman’s new book, “The Evolution of the Human Head,” he discusses how complex parts of the body can and do evolve, and he traces the head’s perpetual slow makeover as it unfolded in the hominin fossil record.

“The human head is remarkably different than any other mammal’s,” Lieberman told a capacity crowd at the Harvard Museum of Natural History last month. “We have wide, round heads, vertical foreheads, prominent eyebrows … We’re the only primate without a snout, and we alone have an external nose.”

And we’re also the only species with a chin, he said. Lieberman, a professor of human evolutionary biology and the department chair of human evolutionary biology, said that “by considering craniofacial development, function, and evolution, we can gain insights into how and why the human head is the way it is, and how complexly integrated structures like heads work and evolve.”

Climate change was a driving theme for the head’s evolution, said Lieberman. One example is the australopiths — hominins who lived through a period of climate cooling and drying in Africa — who evolved big, thick teeth, large chewing muscles, and a bite force twice that of modern humans to help devour fruits and tubers. “They were serious chompers,” he said.

An even bigger shift, noted Lieberman, occurred around 2 million years ago in early species of the genus Homo, especially Homo erectus. “It was then that we became hunter-gatherers, and in so doing lost our snouts, shrank our teeth, and changed in other ways,” he said.

This shift happened while the climate continued to cool, the woodlands shrank, and the African savannah expanded. As fruits and tubers became scarcer, species of early Homo began eating meat and using stone tools. Because they ran to hunt and trekked long distances for gathering in the heat, an external nose evolved to make it more efficient to exchange moisture. Cranial features also evolved to assist with balance, and we possibly lost our fur and multiplied our sweat glands to thermo-regulate by sweating.

Globular brains and small, retracted faces epitomize the modern human head. Evolution also tinkered with the location of the pharynx, allowing for more articulate speech, which helped jumpstart “an explosion of cultural change in the Upper Paleolithic” period.

“What is the future of the human head?” Lieberman pondered. Although natural selection may not be much evident now, our way of life is certainly causing changes. One is in oral health, as we accumulate cavities due to a diet high in starch and sugar. In addition, “Our jaws aren’t growing as large as they used to,” he explained, since we don’t have to chew as vigorously because we eat such highly processed food.

This is a case, Lieberman said to the children in the audience, “where your parents are probably wrong.