Guiding discoveries to the public 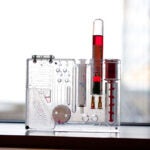 It’s tough to know everything. Harvard faculty members are authorities in their fields, and are adept at teaching and communicating with students and the public. But not all faculty members benefit from an innate business sense.

That’s why the University established the Office of Technology Development (OTD) five years ago, overhauling how Harvard handles transferring technology from the laboratory to industry and, ultimately, to the public.

Headed by Isaac Kohlberg, senior associate provost and chief technology development officer, OTD employs a staff of professionals who advise faculty members and promote ties to industry to ensure that the fruits of Harvard’s research don’t just languish in the lab and grace the pages of academic journals, but flow to the public.

OTD has special teams dedicated to business development, intellectual property protection, and transactions. It secures patent protection on new inventions by the faculty. It structures and negotiates licensing agreements with industrial partners, and helps to make connections with venture capital firms that fund start-ups. It works to generate new sources of research support from industry, and it negotiates industry-sponsored research agreements, like the chemical giant BASF’s collaboration with the School of Engineering and Applied Sciences (SEAS).

Since 2006, Harvard faculty members have participated in starting 39 companies. The number of new inventions reported by faculty members has risen from 180 in 2006 to 301 in 2010. Hundreds of patents have been issued in that period, and 134 licenses have been negotiated with companies covering new technologies invented at Harvard.

David Weitz, the Mallinckrodt Professor of Physics and of Applied Physics, has created dozens of inventions, many of which were patented by OTD. His ideas have given rise to four start-up companies. He said OTD’s help has been key to those successful ventures, providing industry contacts and introductions, structuring and negotiating agreements, and lending a receptive ear for ideas.

Andrew Myers, the Amory Houghton Professor of Chemistry and Chemical Biology, echoed Weitz’s praise, saying OTD has helped him at all stages of the translation process.

“The staff of the Office of Technology Development at Harvard has been enormously helpful to my laboratory at all stages of the process, leading from the patenting of new technologies through the identification of interested business partners to commercialization,” Myers said. “Isaac Kohlberg has assembled an extremely talented and hard-working team that makes each step of the process easy, interesting, and even enjoyable.”

OTD also has a special Technology Accelerator Fund to help faculty members develop ideas beyond the point where traditional academic research funding ends. The fund provides support until a promising idea reaches the point at which a company is willing to invest in further development efforts.

Junying Yuan, professor of cell biology at Harvard Medical School, said Accelerator Fund resources helped her advance her search for small molecules that interfere with cell death pathways revealed by research in her lab. These natural processes of cellular death are believed to play a role in some diseases, including the neurodegenerative ailments studied by Yuan.

In addition to gaining support for continued development, Yuan said OTD has been very helpful in helping with licensing her lab’s discoveries.

Kohlberg said the Accelerator Fund is an expression of OTD’s commitment to fulfill Harvard’s public service mission and ensure that promising discoveries don’t languish due to the development gap.

Lawrence G. Miller, partner and founder of Mediphase Venture Partners, a Newton-based venture capital firm, has financed two start-ups based on Harvard advances. The first, Tetraphase Pharmaceuticals, grew out of advances from Myers’ lab. The second, Mednetworks, is based on the work of Professor Nicholas Christakis on social networks and health.

“My experience [with OTD] has been quite good. They’re responsive, attentive, and the terms negotiated were reasonable for both sides,???? Miller said.

At SEAS, Weitz heads a collaboration called the BASF Advanced Research Initiative at Harvard. In the research program, negotiated between BASF and OTD in 2007, the company provides up to $20 million in funding over five years to support Harvard researchers in the applied sciences, engineering, and chemical and systems biology. BASF is working on a dozen research projects with Harvard scientists and Harvard has filed a first set of patents from the work, according to Jens Rieger, a visiting scientist and BASF senior vice president of polymer research.

“What’s special about Harvard is its broad-based mix of disciplines such as chemistry, physics, biology, and medicine, and its outstanding, world-renowned scientists,” Rieger said. “This is what we think will deliver not just any solution, but something unexpected, something completely new.”