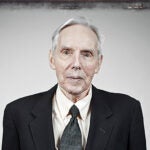 Claudio Guillén was born in Paris, and was brought up partly in that city.  His father, Jorge Guillén, was a major poet of the “generation of 1927” in Spain and also taught poetry at the Sorbonne, the University of Oxford, and the University of Seville; Claudio’s mother, Germaine Cahen, belonged to an assimilated Franco-Jewish family.  His sister, Teresa Gilman, recalls that the family shuttled between Spain and France, spending several months each year in Paris.  The children grew up bilingual in French and Spanish, and soon added English to their repertoire; thus began Claudio Guillén’s distinguished career as a citizen of the world and tireless promoter of comparative literature.  For him, comparative literature was not just an academic field—it was a way of life.  As he put it in one of his important books, The Challenge of Comparative Literature, the field could be regarded “as a yearning rather than an object.”  In his case the yearning was both maximalist and pragmatic; the question that concerned him was not the static “What is literature?” but rather “What has literature been in different cultures and epochs?”  He sought to chart literary history in time and space, questioning and reconstruing every term used by others and by himself.

History with a capital “H” had no small role in Claudio Guillén’s personal history.  At the outbreak of the Spanish Civil War in 1936, he and his sister were sent to live with their grandmother in Paris, where their mother joined them the following year.  Their father succeeded in leaving Spain in 1938, eventually obtaining a teaching position at McGill University in Montreal; the family joined him in May 1939, shortly before the outbreak of World War II.  In 1940 they moved to Wellesley, Massachusetts, where Jorge Guillén taught at Wellesley College until his retirement in 1957.  Claudio and his sister attended French schools in Montreal and New York City.  Claudio obtained a baccalaureate in 1941; two years later, he graduated from Williams College, which he attended on a scholarship.  He soon entered the graduate program in Comparative Literature at Harvard University, where his mentors were Harry Levin and Renato Poggioli, giants in the field; four decades later, in 1983, Claudio himself became the first Harry Levin Professor of Literature at Harvard.

Claudio Guillén obtained his Ph.D. in Comparative Literature in 1953, with a dissertation titled “The Anatomies of Roguery: A Comparative Study in the Origins and the Nature of Picaresque Literature.”  Teresa Gilman recalls that he wrote a large part of the dissertation in Cologne, Germany, where he had obtained a teaching position.  While there he met Elfriede Jäger, whom he married in 1958; the couple were separated in 1978 and later divorced.

After obtaining his doctorate, Claudio Guillén taught at Princeton University and then the University of California at San Diego, where he was a founder of the Comparative Literature program.  In 1978, a few years after publishing his book Literature as System: Essays toward the Theory of Literary History, he was invited to join the Harvard faculty as Professor of Comparative Literature and Romance Languages and Literatures.  Aside from his personal friendships, Claudio had a family tie at Harvard:  Stephen Gilman, a professor of Spanish literature, was married to his sister, Teresa.  During his years at Harvard, Claudio was deeply involved in the university’s intellectual and social life; trained as a literary historian, he was also open to new ideas and methodologies—thus he was one of the founders of the Literature concentration, known for its focus on critical theory.  Those who knew him, whether colleagues or students, were charmed by his effortless elegance, the breadth of his erudition—he seemed to have read everything and forgotten none of it, as one friend said—and, above all, his kindness and modesty.  His was a spirit of cosmopolitanism in the best sense of the term.

Despite his close ties to Harvard, starting in the early 1980s, when Spanish intellectual life found new vigor after the death of General Francisco Franco, Claudio Guillén spent more and more time in Spain.  He took leaves from Harvard in 1983-1984 and 1987-1988, and started teaching at the Universidad Autónoma de Barcelona.  After that he moved to the Pompeu Fabra University, also in Barcelona—in popular parlance, Pompeu Fabra is known as Pompeu Harvard!  In both institutions, Claudio Guillén created pioneering departments of Comparative Literature, which served as models for similar innovations throughout the rest of the country.  He retired from Harvard in 1988, but returned at least twice to his former departments to give their most prestigious lectures: the Renato Poggioli Lecture in Comparative Literature and the Raimundo Lida Lecture in Romance Languages and Literatures.

During his two decades in Spain, Claudio Guillén was perhaps the best known and most respected literary intellectual in the country, publishing several highly acclaimed books and a steady stream of articles in literary magazines and in the cultural supplements of daily newspapers.  His first book after his return, Entre lo uno y lo diverso: Introducción a la Literatura Comparada (1985), the product of his first course in Barcelona, became a  widely influential textbook; it was translated into English as The Challenge of Comparative Literature (1993).  His fifth Spanish book, Múltiples Moradas (Multiple Dwellings, 1998), won the National Prize for Nonfiction.  After his retirement from teaching in 1994, he remained prodigiously active in a number of important cultural ventures: most famously, he was general editor of the prestigious Biblioteca de Literatura Universal, the Spanish equivalent of France’s Bibliothèque de la Pléiade.  He was elected to the Spanish Royal Academy in 2002, and was part of the committee that awarded the annual Príncipe de Asturias Prize, the most distinguished award given by the Spanish government.  In 1993, he married Margarita Ramírez and the couple divided their time between Madrid and the south of Spain.

Claudio Guillén died in his home in Madrid on January 27, 2007, while watching The African Queen with his wife.  In the ensuing days, all the major newspapers in Spain published long articles eulogizing his life and work.