A look inside: Dunster House 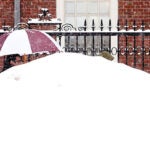 Nights at the opera

When Dunster House was built in 1930, the fee for a room was based on its size and location, understandable in light of the fact that Dunster has six floors — and no elevator. Located on the banks of the Charles River next to the Weeks Footbridge, Dunster is recognizable by its crimson and gold dome, and was modeled after a church tower at Oxford. Like other Harvard Houses, Dunster has its traditions, the major ones being the Dunster House Opera, the “Messiah” sing-a-long, and a goat roast in the spring.

The Dunster House Opera Society was founded in 1992, and unlike the longer-standing Lowell Opera, it utilizes only undergraduates for its cast, staff, and orchestra. This means that everyone involved pitches in and shares multiple roles, with singers assembling sets shortly before they go onstage to deliver their arias. For many members of the cast, it is their first experience with opera. The society’s goal is to “provide the Harvard community with exposure to opera, as both a valuable art form and an accessible, enjoyable form of entertainment.” As if to underscore this point, performances take place in the Dunster dining room, which each night is quickly transformed from a sea of tables and chairs to a stage. This season’s performance was the operetta “Die Fledermaus” by Johann Strauss II.

The camaraderie built on the set by producers, singers, and stagehands working side by side extends throughout the House. Senior Diana Suen said, “Since my first day at Dunster, when I was smothered with hugs from our House mascot, I have never felt for want of a friendly face. The Dunster community is incredibly welcoming, and there is nothing that compares to the bonds formed over intense IM games, late nights in the dining hall slaving over problem sets with friends, delicious study breaks hosted by the masters and resident tutors, and, yes, even the sometimes-too-cozy intimacy of walk-through rooms. Dunster truly feels like my home away from home.”

A night at the opera