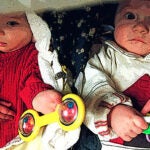 There are currently more than 200,000 individuals in the United States on a waiting list for an organ transplant, and nearly 100 are under 1 year of age. In the first study to look at the potential for organ donation from dying infants in a Neonatal Intensive Care Unit (NICU) setting, Harvard researchers from Brigham and Women’s Hospital (BWH), Children’s Hospital Boston, and Beth Israel Deaconess Medical Center demonstrated that an estimated 8 percent of NICU mortalities would be eligible for organ donation after cardiac death.

“A key motivation behind this study was our inability to act, under current guidelines, on the direct requests from parents faced with the loss of their newborn, who turned to us wanting their child to be an organ donor,” said Richard Parad, a neonatologist in the Newborn Medicine Department at BWH and associate professor of pediatrics at Harvard Medical School (HMS). Parad explained that some parents want their child to be an organ donor to help create at least one positive outcome from their tragic loss.

Currently, infants and young children in need of an organ transplant may only receive an organ from an older child, or part of an organ from an adult. In addition to the challenge of making a larger organ fit in a smaller infant body, demand is currently in excess of supply for these adult organs.

The researchers conducted a retrospective study, looking at all infant deaths at three academic medical center Neonatal Intensive Care Units between 2005 and 2007. They determined eligible donors based on criteria developed with transplantation surgeons and the New England Organ Bank. Out of 192 deaths, based on time of death after being taken off life support, they estimated that 14 livers, 18 kidneys, and 10 hearts might have been made available for transplantation.

“As the first study to address this sensitive subject, our main objective was to provide data regarding the availability of infant donors. Further investigation into this potential falls to those in the fields of transplant medicine and ethics. We feel we owe it to the families who request organ donation to be part of the conversation by investigating the size of the potential donor population,” said study co-author Anne Hansen of Children’s Hospital Boston. Hansen is an assistant professor of pediatrics at HMS.