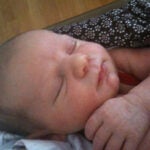 When pregnant women need medications, there is often concern about possible effects on the fetus. Although some drugs are clearly recognized to cause birth defects (thalidomide being a notorious example), and others are generally recognized as safe, surprisingly little is known about most drugs’ level of risk.

Harvard researchers in the Children’s Hospital Boston Informatics Program (CHIP) have created a preclinical model for predicting a drug’s teratogenicity (tendency to cause fetal malformations) based on characterizing the genes that it targets.

The model, described in the March 2011 issue of Reproductive Toxicology (published online in November), used bioinformatics and public databases to profile 619 drugs already assigned to a pregnancy risk class, and whose target genes or proteins are known. For each of the genes targeted, 7,426 in all, CHIP investigators Asher Schachter and Isaac Kohane crunched databases to identify genes involved in biological processes related to fetal development, looking for telltale search terms such as “genesis,” “develop,” “differentiate,” or “growth.”

The researchers found that drugs targeting a large proportion of genes associated with fetal development tended to be in the higher risk classes. Based on the developmental gene profile, they created a model that showed 79 percent accuracy in predicting whether a drug would be in Class A (safest) or Class X (known teratogen).

For example, the cholesterol-lowering drugs cerivastatin, lovastatin, pravastatin, and fluvastatin are all in Class X. All of these drugs also targeted very high proportions of high-risk genes (98 to 100 percent). The anti-coagulant warfarin, also in Class X, had a proportion of 88 percent.

When Schachter and Kohane applied the model to drugs across all risk classes, the proportion of developmental genes targeted roughly matched the degree of known risk. However, the model needs further validation before Schachter is willing to share actual predictions for specific drugs. “We don’t want to risk misleading pregnant women from taking necessary medicines,” he says.

One difficulty in validating the model is that the “known” teratogenicity it’s being tested against often isn’t known. Between Class A and Class X are Classes B, C, and D, with increasing amounts of risk, but the boundaries between them are based on minimal data. Teratogenic effects may be difficult to spot, since most drugs are taken relatively rarely in pregnancy, some may be taken along with other drugs, and any effects tend to be rare or too subtle to be noted in medical records. Moreover, data from animal testing doesn’t necessarily apply to humans.

“A lot of drugs in the middle of the spectrum, and maybe even some in Class A, may cause subtle defects that we haven’t detected,” says Schachter. “We can’t provide a yes/no answer, but we found a pattern that can predict which are riskier.”

Given the degree of uncertainty, Schachter and Kohane believe their model may be of interest to drug developers and prescribing physicians, and might provide useful information to incorporate in drug labeling.

“We can now say to patients, ‘This drug targets a ton of genes that are involved in developmental processes,'” says Schachter, assistant professor of pediatrics at Harvard Medical School (HMS).

Or, conversely, if a young pregnant woman has a heart condition and needs to be treated, physicians may be reassured by a cardiac drug’s profile, he adds. “Instead of saying, ‘we don’t know,’ we can now say that the drug is more likely to be safe in pregnancy.”

“We have here a prismatic example of the utility of a big-picture, macrobiological approach,” says Kohane, CHIP director and Lawrence J. Henderson Professor of Pediatrics at HMS. “By combining a comprehensive database of protein targets of drugs and a database of birth defects associated with drugs, we find a promising predictive model of drug risk for birth defects.”

The study was funded by a grant from the National Institute of General Medical Sciences.