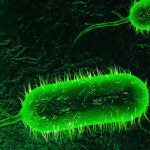 The Harvard School of Public Health (HSPH) launched a new effort to bridge the health communications gap on Thursday (Dec. 9), streaming onto the Internet a discussion between Dean Julio Frenk and media mogul and philanthropist Ted Turner about the challenges facing global health.

The effort, called The Forum at Harvard School of Public Health, is a high-profile foray into health communications that combines live events before an audience with state-of-the-art, high-definition, interactive webcasting. Thursday’s session, moderated by former Washington Post health editor Abigail Trafford, was held in the atrium of the François-Xavier Bagnoud Building. The forum also has a studio in which programs can be produced.

Communication is a key aspect of public health, both when a contagion is spreading and when messages about the latest findings on chronic disease or how to live a healthy lifestyle may resonate. Public health officials have long struggled with ways not just to get the word out, but to do so in a way that changes people’s behavior. One notable HSPH success in that area has been the designated-driver campaign, which was created in 1988 by the HSPH Center for Health Communication, and which gained wide acceptance as a strategy to avoid drinking and driving.

Frenk described the latest communications effort as a bid to improve public health policy by bringing top scientists and societal leaders together to discuss pertinent health issues. Frenk said the effort helps to “complete the circle of knowledge,” which begins with research, carries through education, and ends by translating knowledge outside the academic walls.

“The Forum at Harvard School of Public Health is a key element in our mission to create a transformative capacity … to engage people from science and leaders together in order to be able to translate evidence and experience to produce better policy,” Frenk said. “This amplifies our reach and helps complete what I call the circle of knowledge.”

During the hour-long program, Frenk discussed key challenges in global health with Turner, founder of CNN and a philanthropist who donated $1 billion to create the United Nations Foundation, a nonprofit organization that supports the work of the U.N.

Turner said he launched the foundation because he was taught from a young age that one should give to charity. He identified overpopulation as a key problem facing the world and a root cause of both health and environmental problems, such as climate change. If people around the world limited themselves to just one child, he said, the population would decline to a sustainable point — which he identified as between two and three billion people.

Frenk countered that policies focused on improving the health and education of women have proven effective at reducing the birth rate. Another key public health driver of population growth, however, is the child and infant death rate. Families will be more willing to limit themselves to fewer children if they know that the ones they have will survive, Frenk said.

Frenk drew on his experience as minister of health of Mexico in saying it’s important for people to stop thinking of public health as just the responsibility of health ministries and hospitals and look at it as a broader societal goal. That’s key, he said, because solutions to broad health problems won’t be found just in the health agencies and organizations. Taxes, for example, are one way to cut down on smoking, and drunk driving can best be addressed by police and public safety organizations, he said.

Part of the discussion focused on the U.N.’s Millennium Development Goals, which seek to improve the lives of the world’s poorest people by 2015. The goals include ending hunger, providing universal education, improving child and maternal health, increasing gender equity, fighting HIV/AIDS, increasing environmental sustainability, and increasing international cooperation on development.

While many critics have been skeptical that the goals can be attained, Frenk said that significant progress has been made in child health and that the work to combat AIDS has made dramatic progress in recent years.

“The great thing with the Millennium Development Goals is they create a framework of accountability. Every country signed on to specific goals on a specific timetable. Those countries will have to explain to their own people if they fail to reach them,” Frenk said.