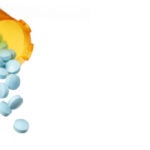 Mortality rates are an unreliable metric for assessing hospital quality

Is quality in the eye of the beholder?

The findings, published Dec. 23 in a special article in the New England Journal of Medicine, stoke a simmering debate over the value of hospital-wide mortality rates as a yardstick for health care quality. The measure, which compares a hospital’s actual patient death rate with statistical predictions, is reported publicly in countries including England, Canada, and Denmark, but some hospitals and policy experts have questioned its value due to the complexity and variability of diagnoses.

The potential of performance evaluation to improve both the quality and the cost of health care has fueled interest in provider “report cards,” including mandates by state and federal law.

In 2008, the Massachusetts Division of Health Care Finance and Policy engaged researchers Shahian; Lisa I. Iezzoni, HMS professor of medicine at MGH; and Sharon-Lise T. Normand, HMS professor of health care policy (biostatistics) and professor in the Department of Biostatistics at Harvard School of Public Health, to evaluate four vendor-created measures of hospital-wide mortality. The state was looking for a means to measure hospital quality for the public report cards mandated under its 2006 health care reform law.

The researchers compared four measures of hospital-wide mortality provided by commercial vendors. These vendors all believed that their hospital-wide mortality measures were an accurate reflection of hospital quality. Each vendor received identical data — three years of patient discharge data from all 83 general acute care hospitals in Massachusetts, representing 2.5 million discharges — and used the data to calculate each hospital’s mortality rate. The researchers then compared results.

“The results of the horse race are that it’s really not clear who won,” said Iezzoni, who also is the director of the Mongan Institute for Health Policy at MGH. “The problem is that we were measuring the success of each of these measures against a gold standard we simply do not have: an objective measure of hospital quality.”

Without that gold standard, the researchers were left to compare vendor tools with one another. Their conclusion: Methods and results varied widely. For example, every tool excluded some discharges from its calculations based on the details of each. But where one tool excluded 5 percent of all discharges, another excluded 72 percent.

Even so, a high degree of convergence — different methods yielding similar final results — could have supported the validity of this approach to estimating hospital quality. But that’s not what researchers found. For example: Of 28 hospitals designated by one method as having higher-than-expected hospital-wide mortality in 2006, 12 were simultaneously classified as having lower-than-expected mortality by at least one other method.

In August, the researchers told the state that they could not recommend any of the four vendor-created tools. “But the results should not be interpreted as an indictment of any particular technique,” said Normand. “Rather, they call into question the concept of measurement of hospital-wide mortality, as four different methods yielded four different results. Thus, this may not be a good way to assess hospital quality.”

The authors are longtime advocates of performance assessment and public reporting to provide transparency and accountability in health care.

Normand developed the statistical models used by Medicare and Medicaid for public reporting of heart attack, heart failure, and pneumonia mortality rates. Shahian has been a leader in the public reporting initiative of the Society of Thoracic Surgeons. Together, they were leaders in developing and implementing public report cards for coronary artery bypass grafting (CABG) surgery and percutaneous coronary intervention (PCI) in Massachusetts.

But where mortality rates may reflect clearly the quality of care for some procedures, like coronary bypass, they may reveal less about care for other conditions, such as major trauma or advanced malignancy.

“An alternative to hospital-wide mortality rates would be to construct a more limited portfolio of mortality results for individual common conditions such as heart attack, stroke, pneumonia, CABG surgery, and PCI,” said Shahian. “These have the advantage of large sample sizes at most hospitals, a generally accepted association between mortality and quality of care, and credible risk models to adjust for patient severity.”

“Underlying this finding is the more fundamental and as yet unanswered question about whether hospital-wide mortality rates provide meaningful insight into hospital quality,” she said.

This work was funded by a contract with the Division of Health Care Finance & Policy, Executive Office of Health and Human Services (EOHHS), commonwealth of Massachusetts, Boston, Mass. The views expressed in this article are solely those of the authors and may not reflect the views of the division, the EOHHS, or the commonwealth.