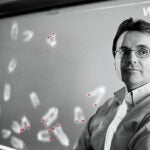 Researchers at Harvard-affiliated McLean Hospital and the University of Utah have developed the best biologically based test for autism to date. The test was able to detect the disorder in individuals with high-functioning autism with 94 percent accuracy. The study will be published online this week (Nov. 29) in Autism Research.

The test, which uses MRI to measure deviations in brain circuitry, could someday replace the subjective test now used to identify those with the disorder. It could also lead to a better understanding of autism and to better management and treatments of affected individuals.

“This is not yet ready for prime time use in the clinic yet, but the findings are the most promising thus far,” said lead author Nicholas Lange, associate professor of psychiatry at Harvard Medical School (HMS) and director of the Neurostatistics Laboratory at McLean.

“Indeed, we have new ways to discover more about the biological basis of autism and how to improve the lives of individuals with the disorder,” said senior author Janet Lainhart, principal investigator of the research at the University of Utah.

The Harvard-McLean and University of Utah researchers used the test on two groups. One group consisted of individuals who had previously been diagnosed with high-functioning autism using the standard subjective scoring system. That system is based on assessing patients and questioning their parents about their functionality in a variety of areas including language, social functioning, and behavior. The second group studied was a control group consisting of normally developing individuals.

In the Lange-Lainhart test, the subjects were put in an MRI scanner that was programmed to be sensitive to water diffusion along the axons of the brain to measure microscopic features of the brain’s circuitry, an approach called diffusion tensor imaging.

“It provides pictures and measurements of the microscopic fiber structures of the brain that enable language, social, and emotional functioning, which can reveal deviations that are not found in those without autism,” Lange said.

By measuring six aspects of the brain’s circuitry, the test was able to correctly distinguish those who had previously been diagnosed with autism with 94 percent accuracy.

“The differences picked up on the study correlate with clinical symptoms that are part of the features of autism,” Lainhart said.

“There is less directional flow to and from brain regions where there should be more information exchange,” added Lange.

The collaborative research group will further study and develop the test with more findings due out in a year or two. Future studies will look at patients with high-severity autism, younger children, and patients with brain disorders such as developmental language disorders, attention deficit hyperactivity disorder (ADHD) and obsessive-compulsive disorder (OCD), who do not have autism.

If the test demonstrates further success, it could someday replace the current subjective system of diagnosing autism, which is not biologically based.

It could also someday lead to pinpointing how autism develops. “We can gain a better understanding of how this disorder arises and changes over the lifetime of an individual, and derive more effective treatments,” said Lainhart.