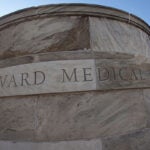 The vitamin D levels of newborn babies appear to predict their risk of respiratory infections during infancy and the occurrence of wheezing during early childhood, but not the risk of developing asthma. Results of a study in the January 2011 issue of Pediatrics support the theory that widespread vitamin D deficiency contributes to risk of infections.

“Our data suggest that the association between vitamin D and wheezing, which can be a symptom of many respiratory diseases and not just asthma, is largely due to respiratory infections,” says Carlos Camargom of Harvard-affiliated Massachusetts General Hospital (MGH), who led the study. “Acute respiratory infections are a major health problem in children. For example, bronchiolitis — a viral illness that affects small airway passages in the lungs — is the leading cause of hospitalization in U.S. infants,”

Although vitamin D is commonly associated with its role in developing and maintaining strong bones, recent evidence suggests that it is also critical to the immune system. Vitamin D is produced by the body in response to sunlight, and achieving adequate levels in winter can be challenging, especially in regions with significant seasonal variation in sunlight. Previous studies by Camargo’s team found that children of women who took vitamin D supplements during pregnancy were less likely to develop wheezing during childhood. The current study was designed to examine the relationship between the actual blood levels of vitamin D of newborns and the risk of respiratory infection, wheezing and asthma.

The researchers analyzed data from the New Zealand Asthma and Allergy Cohort Study, which followed more than 1,000 children in the cities of Wellington and Christchurch. Midwives or study nurses gathered a range of measures, including samples of umbilical cord blood, from newborns whose mothers enrolled them in the study. The mothers subsequently answered questionnaires — which among other items asked about respiratory and other infectious diseases, the incidence of wheezing, and any diagnosis of asthma — 3 and 15 months later and then annually until the children were 5 years old. The cord blood samples were analyzed for levels of 25-hydroxyvitamin D (25OHD), considered to be the best measure of vitamin D status.

Cord blood samples were available from 922 newborns in the study cohort, and more than 20 percent of them had 25OHD levels less than 25 nmol/L, which is considered very low. The average level of 44 nmol/L would still be considered deficient — some believe that the target level for most individuals should be as high as 100 nmol/L — and lower levels were more common among children born in winter, of lower socioeconomic status, and with familial histories of asthma and smoking. By the age of 3 month, infants with 25OHD levels below 25 nmol/L were twice as like to have developed respiratory infections as those with levels of 75 nmol/L or higher.

Survey results covering the first five years of the participants’ lives showed that the lower the neonatal 25OHD level, the higher the cumulative risk of wheezing during that period. But no significant association was seen between 25OHD levels and a physician diagnosis of asthma at age 5 years. Some previous studies had suggested that particularly high levels of vitamin D might increase the risk for allergies, but no such association was seen among study participants with the highest 25OHD levels. Camargo notes that very few children in this study took supplements; their vitamin D status was determined primarily by exposure to sunlight.

An associate professor of medicine at Harvard Medical School, Camargo said that the study results do not mean that vitamin D levels are unimportant for people with asthma. “There’s a likely difference here between what causes asthma and what causes existing asthma to get worse. Since respiratory infections are the most common cause of asthma exacerbations, vitamin D supplements may help to prevent those events, particularly during the fall and winter when vitamin D levels decline and exacerbations are more common. That idea needs to be tested in a randomized clinical trial, which we hope to do next year.”