Dairy fat may help not harm 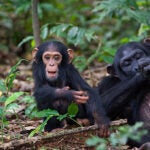 Scientists at the Harvard School of Public Health (HSPH) and collaborators from other institutions have identified a natural substance in dairy fat that may substantially reduce the risk of type 2 diabetes. The compound, trans-palmitoleic acid, is a fatty acid found in milk, cheese, yogurt, and butter. It is not produced by the body and thus only comes from the diet.

Reporting in the Dec. 21 issue of Annals of Internal Medicine, investigators led by Dariush Mozaffarian, assistant professor in the Department of Epidemiology at HSPH and the Division of Cardiovascular Medicine at Brigham and Women’s Hospital and Harvard Medical School, and Gökhan S. Hotamisligil, J.S. Simmons Professor of Genetics and Metabolism and chair of the Department of Genetics and Complex Diseases at HSPH, explain that trans-palmitoleic acid may underlie epidemiological evidence in recent years that diets rich in dairy foods are linked to lower risk of type 2 diabetes and related metabolic abnormalities.  Health experts generally advise reducing full-fat dairy products, but trans-palmitoleic acid is found in dairy fat.

The HSPH researchers examined 3,736 participants in the National Heart, Lung and Blood Institute-funded Cardiovascular Health Study, who have been followed for 20 years in an observational study to evaluate risk factors for cardiovascular diseases in older adults. Metabolic risk factors such as blood glucose and insulin levels, and also levels of circulating blood fatty acids, including trans-palmitoleic acid, were measured using stored blood samples in 1992, and participants were followed for development of type-2 diabetes.

“This type of observational finding requires confirmation in additional observational studies and controlled trials, but the magnitude of this association is striking,” said Mozaffarian, lead author of the study. “This represents an almost threefold difference in risk of developing diabetes among individuals with the highest blood levels of this fatty acid.”

“There has been no clear biologic explanation for the lower risk of diabetes seen with higher dairy consumption in prior studies. This is the first time that the relationship of trans-palmitoleic acid with diabetes risk has been evaluated,” said Mozaffarian. “We wonder whether this naturally occurring trans fatty acid in dairy fats may partly mimic the normal biologic role of its cis counterpart, cis-palmitoleic acid, a fatty acid that is produced in the body. In animal experiments, cis-palmitoleic acid protects against diabetes.”

Hotamisligil, the study’s senior author, also emphasized the magnitude of the risk reduction. “This is an extremely strong protective effect, stronger than other things we know can be beneficial against diabetes. The next step is to move forward with an intervention trial to see if there is therapeutic value in people.”

Because trans-palmitoleic acid, also known as trans-palmitoleate, is a natural compound, Hotamisligil said that conducting clinical trials should be possible. “This study represents the power of interdisciplinary work bridging basic science with population studies to realize exciting translational possibilities,” he said.