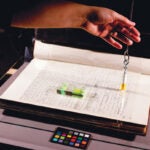 Thanks to the digital revolution, Harvard is developing a legion of cyberspace fans in the world of social media.

Currently, Harvard University has 156,000 friends on Facebook, 27,000 Twitter followers, and 15,500 foursquare friends. (Harvard was the first university in the nation to use foursquare, the location-based, mobile social networking application, to connect its students with interesting locations both on campus and in its surrounding community.)

In March, Harvard also launched its own content on iTunes U, a designated section of iTunes where the intellectually curious can access multimedia content like discussions with Harvard experts on justice or the science of cooking.