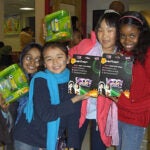 Aid groups that make a difference

When a sharp noise pierces the air, a ‘soldier-scholar’ still ducks

Three weeks after returning to the United States from my latest tour of duty in Afghanistan, I arrived in Cambridge to begin the midcareer master in public administration program at the Harvard Kennedy School. As the program began, I was introduced to my extraordinary classmates, representing more than 50 nations, who in many cases have traveled the globe tackling significant issues as diverse as environmental sustainment, health care, and international development.

For all of their fantastic experiences, however, very few have experienced interacting with soldiers. Some classmates are from countries where the armed forces lack credibility, and some perhaps have been influenced by negative press reporting. As a veteran, I feel a sense of responsibility, not only to make the most of the tremendous educational opportunity that I’ve been given, but also to be an international ambassador for those serving in uniform.

“What is it like?” is what I’m most often asked. Yet I’m never quite sure exactly what I’m being asked or how to respond. In conversations at school, there’s often an uncomfortable silence when I reveal that I’ve just returned from “the war.” Many Kennedy School classmates and Cambridge residents have never even met a soldier, much less one involved in the war. The truth is, though, we are just like you.

I, along with more than 80 other former or currently serving veterans at the Kennedy School, share pasts similar to yours. We attended college. We played soccer and explored the outdoors. We have mothers who insist on making our favorite food, and fathers who enjoy giving us their advice. We love our wives and play Frisbee with our children. We have dreams and aspirations. As veterans, we represent the full diversity of not only the American people but also the international community. We are Democrats and Republicans, Muslims and Christians, Hispanics and African Americans. We went to Kosovo, Iraq, Afghanistan, and other countries to serve our nation when she called. We are you.

Soldiers are not politicians. We did not choose this war; it was given to us. We weren’t asked our opinions, but we left our families, many of us multiple times, to fly halfway around the world to try to make a difference and support fledgling democracies. Many of us have buried friends or lost young men and women that were under our command. Most of us came home seemingly whole, but we all were forever changed. Some of the scars of old wounds are visible, but others go deeper.

Sitting at an outdoor café recently with a woman I’d just met, my back was to the road (mistake No. 1). I was relaxed and enjoying a mouth-watering steak when suddenly I heard an explosion directly behind me. My body, having survived five previous IED [improvised explosive device] attacks, involuntarily jerked toward the ground. Within a fraction of a second, I realized that I was in Cambridge and not Kabul. The explosion? It was only a car that had hit a noisy metal plate in the road.  As I sheepishly looked at the concerned face of my new friend, she graciously offered to switch seats with me, so “you can see the cars as they approach.” She understood.

Harvard purposefully creates an environment that allows us to open our minds and dissolve existing barriers. The faculty has accomplished the extraordinary task of removing discriminations including gender, ethnicity, religion, and sexual orientation, which continue to divide other parts of our society. Slowly, the invisible divide between those who have served in the armed forces and those who have not is also disappearing. It is up to us, the student body, to bridge this final gap.

When you meet veterans or, as Harvard President Drew Faust fondly calls us, “soldier-scholars,” on campus, put your preconceptions aside. Look for similarities instead of differences. Connect with us. Ask about our backgrounds. Listen. Leverage our experience and probe deeply to understand. Embrace us as part of your community. Unless you take the time to get to know us, you’ll miss what a national treasure we are. We are just like you.