You are where you live 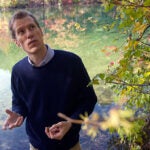 We all want to be healthier, and we know how to become so. Yet we just don’t do it.

S.V. Subramanian, associate professor of society, human development, and health at the Harvard School of Public Health and a researcher at the Center for Population and Development Studies, has heard all of the theories explaining why living a healthy lifestyle is so difficult. We’re predisposed to pack on pounds to survive the famine that, in olden days, was certainly coming. We’re addicted to the nicotine in cigarettes and the fat in burgers, which get their hooks into us. Convenience is key: Who can drag themselves to the gym every day and cook healthy meals of nuts, fruits, and vegetables when the golden arches beckon?

Subramanian understands that those theories may help explain our resistance to things that are health promoting. Indeed, explanations based on the idea that we are programmed to be who we are and do what we do appear to be returning with some force in recent years with an explosion of genetics research.

But he feels that this has often come at the exclusion of other factors. In particular, the idea that our environments — the places where we live and work and play — may also be important.

“If it’s environment, then there are levers we can pull,” Subramanian said.

Subramanian has embarked on a study that will examine the link between health and location. The study will utilize several longitudinal nationwide data sets to get to the roots of the linkages between neighborhoods and health.

In doing so, he’ll compare health statistics such as those gathered by the Framingham Heart Study, which recorded health outcomes of three generations and followed people as they moved around the country. He’ll probe the age when healthy behavior is formed in the National Longitudinal Study for Adolescent Health, which examines 9- to 16-year-olds. The third data set is a national health and retirement survey of those 50 and older who were recruited in 1992 and revisited several times since then.

Subramanian also plans to use data from national geographic information systems (GIS) and plot the locations of businesses that might be detrimental to health, such as liquor stores and fast-food restaurants, as well as those that might be helpful to maintaining a more beneficial lifestyle, such as health clubs and parks. He can overlay that information with data from the studies and census data on income, race, and ethnicity, creating a rich picture of health and location.

“There’s a thought that poor neighborhoods are underserviced, but we don’t know if that’s true,” Subramanian said.

Subramanian, who received an investigator award in health policy research from the Robert Wood Johnson Foundation to pursue this work, said the effort is like finding hot spots, places that are both socially and resource disadvantaged. In addition, he said, instances when these two aspects do not appear together may also offer interesting insights.

Though medical science often looks to intervene at the personal level — helping a patient to make healthy choices — the research may show that there are also effective interventions that can be made at the neighborhood level, such as tax cuts for health-related industries to move into a neighborhood, or incentives for nonprofits to conduct activities that encourage better health.

“What are the things that we can change about a place without having to move the people?” Subramanian said. “It’s an interesting public policy question: Should interventions be at the person level or a higher level, a school or neighborhood?”

One unusual wrinkle that Subramanian is planning to investigate is the extent that free will plays in people living in unhealthy neighborhoods. People generally choose the places where they live, and while some seek parks and good schools, others may select for other factors. Though there is a myth of social mobility in this country, Subramanian said it is actually quite difficult to change social class, and most people end up in neighborhoods like the one they left out of constraints or choice.

“We can learn about health-seeking behavior,” Subramanian said. “I want to quantify how much health and health-related conditions drive the choice of neighborhoods.”

Subramanian said examination of that last factor is important because it has been raised in critiques of other studies, and Subramanian wants to bring data to bear on it.

It’s important, Subramanian said, to understand that exposure to neighborhood landscapes doesn’t equate to taking a fast-acting pill or poison. Instead, effects of neighborhood conditions may lag exposure or accumulate over time. In addition, the life stage at which one is exposed may also matter. When the three-and-a-half-year study is completed, Subramanian plans to write a book on health and disadvantage in American neighborhoods.

“If you have an environmental exposure in a neighborhood, it’s not going to show up for a long time,” Subramanian said. “If you’re exposed in utero, it may not show up for 25 years.”