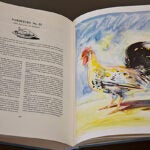 Scholar Greenblatt says that even the Bard knew his creative limits

A new book by Stephen Greenblatt, the Shakespeare scholar who wrote the celebrated 2004 biography “Will in the World,” probes topics that the Bard pushed to their limits: beauty and the cult of perfection, murderous hatred, the exercise of power, and artistic autonomy.

Greenblatt observes in “Shakespeare’s Freedom” that the playwright’s linguistic inventions are a testament to his remarkable aesthetic autonomy. Indeed, Greenblatt notes, “Hamlet” alone contains 19 new words and 372 words already in circulation that had never been used in precisely that way. Yet, at the same time, Shakespeare seems to wrestle with the question of whether the artist — or anyone else — can truly be autonomous.

“There are boundaries,” said Greenblatt, the John Cogan University Professor of the Humanities. “Now, Shakespeare may have encountered those boundaries much less than ordinary mortals, but there are things you want to say and things you can’t.”

Greenblatt acknowledges that while the book is called “Shakespeare’s Freedom,” it’s just as much about Shakespeare’s limits.

“I think Shakespeare understood that there was something wrong, something disturbed, about the dream that you could have no limits whatsoever,” he said. “Any pleasure or value associated with having a life worth living would depend on your understanding that it was governed by constraints.”

Despite the vast body of scholarship devoted to Shakespeare over the years, Greenblatt said he believes that every scholar can bring a new perspective to issues raised in Shakespeare’s plays.

For Greenblatt, the genius of Shakespeare was that he understood that audiences change, from one performance to the next, or from one generation to the next.

“The plays wouldn’t have survived for so many years if they weren’t written in such a way that they are adaptable,” Greenblatt said. “Shakespeare himself grasped that from the beginning.”

In writing “Shakespeare’s Freedom,” which began as a series of lectures that Greenblatt presented first at the Institute for Social Research in Frankfurt and later at Rice University, Greenblatt was keenly aware that issues that have preoccupied American society in recent years, from concerns about torture to anxieties about radical Islam, inevitably color his interpretation of Shakespeare’s work and influenced the book.

“I don’t believe in excluding the present,” Greenblatt said, noting that “After Abu Ghraib, it was impossible to read the scene of the torture of Gloucester in ‘King Lear’ without thinking about it.”

Greenblatt is known as the father of new historicism, which advocates the reading and understanding of literature in its historical context. Yet he would be the first to point out that the way in which observers reconstruct the historical context is mediated by their present situation. Literature, or any work of art, is at once tied to a specific context and able to transcend that context as it takes on new meanings for different audiences.

“The interesting thing about cultural objects is that they can float free of the original historical context and show up like seashells on your own shore,” he said. “You have to figure out what they mean and what to do with them.”

While “Shakespeare’s Freedom,” forthcoming this month from University of Chicago Press, is geared toward an academic audience, another of Greenblatt’s current projects, dedicated to exploring how stories move across contexts, seeks a much broader audience.

In 2008 Greenblatt, in collaboration with Charles Mee, wrote a play titled “Cardenio,” after a lost play of the same name by Shakespeare and John Fletcher. The play was produced at the American Repertory Theater and has since been performed across the globe.

Greenblatt has traveled to see adaptations of the play in Calcutta, Tokyo, Zagreb, Madrid, São Paolo, Cairo, Istanbul, and Warsaw. Further adaptations will soon be mounted in Cape Town and Belgrade. Each adaptation is more than a simple translation, he said.

“What I was interested in is what happens when a story moves from one culture to another or from one place to another and gets transformed according to its own circumstances,” Greenblatt said.

All of the productions are based loosely on a story of betrayal that Shakespeare took from Cervantes: An engaged couple discovers that they no longer want to be with each other. Greenblatt said the most fascinating part of the experience has been observing the ways in which cultures with very different attitudes toward marriage and sexual morality interpret the plot. The Egyptian version, for example, centered on honor killings of women who are not virgins on their wedding night.

“None of the adaptations has been what I predicted it would be,” Greenblatt said. “Each of them has been an incredible surprise.”

Stephen Greenblatt will speak about “Shakespeare’s Freedom” at the Harvard Book Store on Nov. 15 at 7 p.m. The event is free and open to the public.