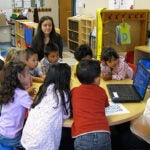 Dominant. That’s the only word to describe the Harvard women’s basketball team over the past 25 years. The team has won 11 Ivy League championships since 1986 — a little less than one every other year — and 70 percent of its games in interleague play. Perhaps most remarkable, the Harvard women are the only team — male or female — to enter the NCAA Division I Basketball Tournament as a No. 16 seed and defeat a No. 1, as they did when they beat Stanford in 1998.

The team’s success coincides with the tenure of head coach Kathy Delaney-Smith. Now entering her 29th season at Harvard, Delaney-Smith has won more games than any head coach in Ivy women’s basketball history. She says that a willingness to make room for the contributions of others has been key to her success.

“Some coaches worry about losing authority and respect,” she says. “Don’t get me wrong, I’m the boss, but I hire young, talented assistants who complement my weaknesses, and I let them coach.”

Delaney-Smith balked at coming to Harvard in the early 1980s. The coach had developed a strong girls basketball program at the high school level and says that — fairly or unfairly — the University wasn’t known for its athletic programs. Her friends and colleagues tried to talk her out of becoming coach of Harvard’s women’s team.

“When I gave up tenure in a winning program in the early ’80s, a lot of people thought I was crazy,” she says. “But I’m a good communicator and I love my players. My style of coaching is a good match for Harvard’s student athletes.”

Brogan Berry ’12, the starting point guard for the women’s team and Ivy League Rookie of the Year in 2008-09, says Delaney-Smith is a “motivator” who has an impact on players on and off the court.

“Kathy builds a relationship with her players,” says Berry. “She cares about you. She takes your talent and tries to do anything she can to make you a better player and person. She’s taught me a lot about being a strong woman and a better leader.”

Delaney-Smith, who was diagnosed with breast cancer 11 years ago, is an authority on staying strong in the face of adversity — and on the importance of teammates who can help you through.

“When they told me I had cancer, I immediately thought I was going to die,” she says. “People here at Harvard didn’t let me walk two steps without letting me know that was not the case at all.”

The coach chose to keep working during her treatment, which included surgery, chemotherapy, and radiation. She missed only a handful of practices during the 1999-2000 season, and says that coaching helped keep her spirits up. Still, when the team lost the Ivy League championship on the last day of the season, she was grateful for a break.

“If we had won the title, I don’t think I would have lasted another three weeks,” she adds. “I was exhausted from the treatments. I went home and I didn’t move for days. I honestly feel that it was my higher power saying, ‘Enough, Kathy.’”

Today, the coach is “healthy as a horse.” She believes her recovery from cancer gave her a new awareness of the impact she has on her players and what they mean to her.

“I understand how important my girls are to me and how much I love watching them grow,” she explains. “I used to be very intense and volatile. I’m calmer now. I had my priorities rearranged.”

When a season ends without a title — as last year’s did — it leaves Delaney-Smith with a bitter taste in her mouth and a desire to get back on top.

“It was a big disappointment,” she says of the team’s loss to Ivy champion Princeton in one of the last games of the year. “We had the guns to beat them, but we had too many injuries. This year, we’re nice and deep.”

That depth includes Berry, a player Delaney-Smith calls “either the best I’ve ever coached or equal” — high praise from a woman who has worked with players such as the WNBA’s Allison Feaster.

“Brogan stands out because of her court IQ and work ethic,” Delaney-Smith continues. “She’s our best player, but also our hardest worker. That’s hugely important.”

The Crimson — who also return Emma Markley ’11 and Christine Matera ’11 — lost no players to graduation last year and have added several promising freshmen. Still, Delaney-Smith says that the competition will be tough, particularly from champion Princeton, who went undefeated in Ivy League play last year.

“The Tigers are the team to beat,” she says. “They swept the league last year.”

The future looks bright for the women’s basketball program, according to the coach. Delaney-Smith says that there’s no reason Harvard can’t compete with the best teams in the nation.

“Harvard basketball will never be bigger than Harvard,” she says. “And I think that’s a good thing. But we can still create the tradition and attract the recruits and support we need to be the best.”

For more on Harvard athletics and to view the women’s basketball schedule.