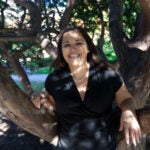 Was advocate for minority students

Jocelyn Spragg, faculty director of diversity programs and special academic resources in the division of medical sciences at Harvard Medical School (HMS), as well as a research scientist, educator, mentor, and tireless promoter of educational opportunities for underrepresented students, died Nov. 2 at her home in Jamaica Plain, Mass. She was 70.

Spragg was born in New York and raised in Rochester. She earned her bachelor’s degree at Smith College and moved to Boston in 1962 to pursue her Ph.D. She received a master’s degree in pharmacology and a Ph.D. in bacteriology and immunology from Harvard. Spragg joined the HMS faculty in 1972, where she enjoyed a highly successful first career as a research scientist making seminal discoveries about the kallikrein-kinin system. Her former research mentor, Frank Austen, notes, “Working with Jocelyn was exciting because of her imagination. Her move into an entirely different role as career innovator … found her even happier and more fulfilled.” Characteristic of her lifelong history of mentoring, two of her former trainees became leaders in the kallikrein-kinin field.

Her foray into formal teaching and program innovation began at the Radcliffe Institute for Advanced Study when an instructor for the Radcliffe Summer Program in Science suddenly resigned. Understanding the importance of increasing the number of women in science and medicine, Spragg helped develop a curriculum to expose young women in high school to the sciences and to introduce them to women who were in leadership roles.

As her interest in developing programs for minority students grew, she pursued a master’s degree in counseling psychology from Boston University, graduating in 1992, and served first as faculty coordinator (1991-98) and then as faculty director (1998-10) of diversity programs and special academic resources in the division of medical sciences at HMS. Encouraged by her longtime mentor and friend, Harold Amos, she developed one of the premier summer research programs in the country, the Summer Honors Undergraduate Research Program (SHURP). Through this program she provided hundreds of minority students and students from small schools with research opportunities.

Spragg participated in numerous external advisory boards, was a regular speaker at the Annual Biomedical Research Conference for Minority Students, and was one of the founding summer program directors of the Leadership Alliance. Spragg was awarded HMS’s Harold Amos Faculty Diversity Award in recognition of her accomplishments.

A consummate teacher and mentor to students, colleagues, and friends of all ages, “Momma Spragg,” as she was affectionately referred to by some of her former SHURP students, was always there to impart her guidance, wisdom, and tough love.

Spragg also enjoyed traveling, and spent her 68th birthday camping in the Moroccan desert.  She was also an accomplished horticulturist and served as treasurer of the New England Daylily Society for the past 15 years.

She is survived by her brother, Roger Spragg, and family. A memorial service honoring her will be held in January. Contributions in memory of Jocelyn Spragg and in support of underrepresented minority students may be made to Harvard University with a memo line stating “In Remembrance of Jocelyn Spragg,” and sent to Beth Thompson, Assistant Dean, Development Services, Harvard University, FAS Development Office, 124 Mt. Auburn Street, 3rd Floor, Cambridge, MA 02138.