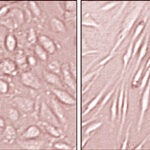 A treatment model designed to accommodate the beliefs and concerns of Chinese immigrants appears to significantly improve the recognition and treatment of major depression in this typically underserved group.

In a report in the December American Journal of Public Health (AJPH), a Massachusetts General Hospital (MGH) research team describes how their model for screening and assessing patients for depression in a primary care setting increased the percentage of depressed patients entering treatment nearly sevenfold.

“Ours is the first study to incorporate a culturally sensitive interview into a collaborative care model in order to address disparities in mental illness treatment among ethnic minorities in primary care,” says the report’s lead author Albert Yeung of the MGH Department of Psychiatry and an assistant professor of psychiatry at Harvard Medical School. “The model appears to be a promising way to treat this population, which highly underutilizes mental health services.”

Yeung and his co-authors note that, while major depression is just as common among Asian Americans as in the overall U.S. population, a lack of familiarity with mental illness and a cultural stigma against psychiatric disorders lead to most cases of depression among Asian Americans going unrecognized and untreated.  Language barriers, a tendency to seek medical care for physical symptoms only, and lack of cultural sensitivity among health care providers can further exacerbate the disparity.

To overcome these barriers, the MGH team devised a culturally sensitive collaborative treatment model that incorporates systematic depression screening at all primary care visits, contacting those who screened positive for depression to recommend assessment, and designed an assessment protocol designed to explore patients’ cultural beliefs. Patients who chose to enter treatment received either usual care or care management, which included regular telephone contact with a care manager along with depression treatment by a primary care physician, psychologist, or psychiatrist.

The study tested this model among patients of the South Cove Community Health Center in Boston’s Chinatown, where Yeung is on staff.  Completion of a bilingual health questionnaire has been part of routine primary care at the health center for more than a decade, and the research team reviewed screening results for 4,228 adult Chinese immigrants who came to South Cove for primary care visits between late 2004 and early 2007.  The almost 300 patients who screened positive for depression were contacted within two weeks of their screening by investigators, who informed patients of their results, told them about the study and recommended more focused psychiatric assessment.

While more than half the contacted patients declined further treatment, 122 came in for the assessment.  In addition to a standard survey of depression symptoms, the assessment asked participants how they would describe their symptoms, what they believed caused them, how symptoms affected their daily lives, and what they hoped that treatment would accomplish.  Based on participants’ answers, the assessing clinicians were able to communicate information about depression in more comprehensible ways, using the participants’ language and illness beliefs.  Of the 104 participants whose depression diagnosis was confirmed in the assessment, 100 agreed to enter treatment — 96 percent of those with a confirmed diagnosis and 43 percent of those who had screened positive on the original questionnaire.  Prior to this study, only 6.5 percent of South Cove patients with a positive depression screening result entered treatment.

Participants — who could choose to receive treatment from their primary care physician or from a psychiatrist or other therapist at the health center — were randomized to receive either usual depression care or care management. At the end of the 24-week study period, more than half the participants in both treatment groups had symptom improvement rates as good as or better than those reported by several large-scale depression treatment studies.  While there were no significant differences in response between the usual and managed care groups, the authors believe that could be explained by the high percentages of both groups who chose to receive care from South Cove-based psychiatrists.

“Our model appears to be very promising, but it needs to be tested at other centers,” says Yeung. “Similar models could be designed and tested to help other minority populations who have cultural barriers that prevent receiving mental health services.”  Additional co-authors of the AJPH report are Irene Shyu, Lauren Fisher, Shirley Wu, Huaiyu Yang, and senior author Maurizio Fava all of MGH Psychiatry.  The study was supported by a grant from the National Institute for Mental Health.