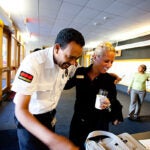 A senior reflects on what he’s learned, including about himself

At the beginning of fall, before my new classes picked up speed, I sat down at my computer with a simple goal: to see if I could, from memory, write down every class I had taken during my previous three years at Harvard.

While my favorite classes immediately came to mind (as well as some of my least favorite), overall the going was pretty slow. After about 20 minutes, I had formed a nearly complete list. There were two classes — one from sophomore spring and another from junior fall — that I had to look up from my student record.

I was somewhat surprised and a bit sad that this process had taken so long, and that a few of my classes lacked any accessible memories. As September went on, I became very mindful of each new class I attended, with the same questions running through my head: What would I remember from this course? Was I learning anything for the long term or just enough to pass a test? I have loved my time at Harvard, but four years from now would I even remember what it was I studied here?

This anxiety persisted for a few days, but it was soon replaced by a feeling of calm. It was certainly true that many details from the courses I have taken here, from the history of photography to the neurobiology of behavior, would fade away. However, these classes together have left me with a tangible set of skills that will be permanent.

The most important intellectual ability that Harvard has taught me is to have an awareness of the sources of information. Every book, article, and speech I read in high school I accepted, and never thought twice about its validity. While I have believed many things I have read in college, a skill that has been ingrained into my reading practice now is suspicion. I’m suspicious of everything I read, not to a compulsive degree, but to one that is cognizant of possible biases, motives, and methods. Harvard has taught me that no matter the ethos of the individual, there is no reason a student cannot disagree, or find fault with others’ conclusions.

I now feel confident to disagree with Paul Farmer’s take on health care, with Michael Sandel’s trolley car logic, or Steven Pinker’s basis for language. As deconstructive as this critiquing ability may seem, the second skill Harvard has afforded me is to build from these accepted and rejected pieces of information my own worldview.

A better reason that I cannot recall the exact details of each class or instructor is because Harvard has helped me make the connections between disciplines. I no longer think simply of my course on the biology of longevity because I bridge its ideas to my classes on nutrition, sociology, and even organic chemistry.

When I studied the role of humanitarian organizations in South Africa, I couldn’t help but see them through the lens of my philosophy class. Reflecting now on the communication between my courses makes me realize that I never actually took them separately, but instead they were always in concert with each other. As critical as Harvard has taught me to be in accepting new information, it has also given me the freedom to synthesize new conclusions from disparate backgrounds.

Next year I may not remember Newton’s third law, or Seamus Heaney’s “Bogland,” but I will be ready to assess how the world is presented to me, and seek new arrangements of those pieces. Harvard has pushed me to develop many skills and to be cautious, inclusive, and constructive in gathering information, skills that won’t soon escape my memory.