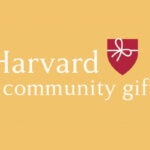 The Harvard Foundation presented its annual Humanitarian Award to Thorbjørn Jagland, chairman of the Nobel Peace Prize Committee and secretary-general of the Council of Europe.

The award, which bears the signature of Harvard’s president, was given in recognition of Jagland’s “notable contributions to humanitarianism and the cause of peace.” While at Harvard, Jagland delivered the Peter J. Gomes Humanitarian Lecture and the Jodidi Lecture on World Peace at Harvard’s Weatherhead Center for International Affairs.

“Harvard University was proud to honor Thorbjørn Jagland for his commitment to human rights and individual freedoms,” said S. Allen Counter, director of the Harvard Foundation. “Our students and faculty were impressed with his humanitarian philosophy and his heartfelt remarks.”