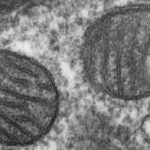 A new target for Parkinson’s therapy

The studies include data from nearly a quarter of a million participants, the largest genetic investigation of human traits to date. The papers, both from the GIANT (Genetic Investigation of Anthropometric Traits) consortium — which consists of more than 400 scientists from 280 research institutions worldwide — will appear in Nature Genetics.

“Different people have different susceptibilities to obesity,” says Hirschhorn, an associate professor of genetics at HMS, an assistant in medicine at Children’s Hospital Boston, and senior associate member and coordinator of the Metabolism Initiative at the Broad Institute. “Some don’t rigorously watch what they eat or how much they exercise and still resist gaining weight, while others constantly struggle to keep their weight from skyrocketing. Some of this variability is genetic, and our goal was to increase understanding of why different people have different inherited susceptibility to obesity.”

Because most of the genes implicated in these studies have never been suspected of having a role in obesity, the findings will begin to shed light on the underlying biology, which may lead to better categorization and treatment of obesity, said Hirschhorn, a senior author on the overall obesity paper and involved in both.

The overall obesity study looked for genetic determinants of body mass index (BMI), calculated as an individual’s weight in kilograms over height in meters squared. Investigators combined data from 46 studies involving nearly 124,000 people and confirmed the top results in almost 126,000 individuals to identify a total of 32 sites consistently associated with BMI, 18 of which are new. One of the novel variants is in the gene encoding for a receptor protein that responds to signals from the gut to influence insulin levels and metabolism. Another variant is near a gene known to encode proteins affecting appetite.

“One of the most exciting parts of this work is that most of the BMI-associated variants identified are in or near genes that have never before been connected to obesity. Through this work we are discovering that the underlying biological underpinnings of obesity are many, varied, and largely uncharacterized,” says Elizabeth K. Speliotes, an HMS instructor in medicine at Massachusetts General Hospital and the Broad, the first author of the BMI study, and also involved in both studies.

Although the effects of each individual variant were modest, individuals who carried more than 38 BMI-increasing variants were on average 15 to 20 pounds heavier than those who carried fewer than 22 such variants. However, even in combination these variants explain only a small fraction of the overall variation in body weight. The researchers found that the combined genetic information from the variants was only slightly better than flipping a coin in predicting whether an individual would be obese, probably because many other factors, both genetic and environmental, contribute to weight.

The second study looked at genetic associations with how fat is distributed in the body.
Studies have shown that fat stored in the abdomen increases the risk of type 2 diabetes and heart disease, even after adjusting for obesity. In contrast, fat stored in the hips and thighs may actually protect against diabetes and high blood pressure. The investigators examined the genetic determinants of waist-to-hip ratio, a measure of fat distribution, analyzing data from 77,000 participants in 32 studies. The regions identified in the analysis were then checked against data from another 29 studies including more than 113,500 individuals. This revealed 14 gene regions associated with waist-to-hip ratio, adding 13 new regions and confirming the one previously known association.

Seven of the identified genetic variations have much stronger effects in women than in men, suggesting they may underlie some of the normal difference in fat distribution between the sexes. Although these identified gene regions explain only about 1 percent of the general variation in waist-to-hip ratios, the authors note, the findings point toward specific biological mechanisms involved in regulating where the body stores fat. The regions affecting fat distribution implicate genes involved in regulating cholesterol, triglyceride levels, insulin, and insulin resistance, which may improve understanding of how fat deposits in certain body locations are even more tightly linked to metabolic disorders than to obesity.

“By finding genes that have an important role in influencing fat distribution and the ways in which that differs between men and women, we hope to home in on the crucial underlying biological processes,” says Cecilia Lindgren of the Wellcome Trust Centre for Human Genetics at Oxford University, a senior researcher on the waist-to-hip ratio study who was also involved in both papers.
Additional lead authors of the overall obesity study include investigators from Oxford University and Cambridge University in the U.K., the University of Michigan, the National Cancer Institute, University of North Carolina, deCODE Genetics, and the Karolinska Institutet in Sweden. Lead authors of the fat distribution paper include investigators from Regensburg University Medical Center, the University of Michigan, Harvard School of Public Health, deCODE Genetics, Boston University, the Framingham Heart Study, Wellcome Trust, Sanger Institute, and the University of North Carolina.

The studies were supported by grants from a range of institutions, including the National Institutes of Health.