When ‘watch and wait’ works best 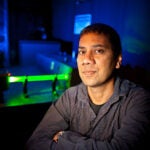 Chemotherapy not necessary for many girls with germ cell ovarian tumors

Researchers from Dana-Farber/Children’s Hospital Cancer Center (DF/CHCC) have found that as many as 50 percent of young girls treated for germ cell ovarian tumors might be spared chemotherapy using a “watch and wait” strategy to determine if the follow-up treatment is needed. In contrast to the current practice of administering chemotherapy to all patients following removal of these rare tumors, researchers said the study demonstrated that treatment could safely be delayed and given only if the cancer recurred.

Data from the trial involving 25 young women ages 9 to 16 are being presented at the 42nd Congress of the International Society of Paediatric Oncology (SIOP) in Boston on Friday  (Oct. 22). The study was led by Lindsay Frazier, an assistant professor at Harvard Medical School, pediatric oncologist at DF/CHCC, and chair of the Germ Cell Tumor Committee of the Children’s Oncology Group.

“I personally think that not giving chemotherapy to half the patients is a good thing,” said Frazier. “The chemotherapy is just as effective given when the disease recurs.  I would recommend that parents consider a watching and waiting strategy.”

Germ cell tumors are malignancies that develop in precursors of sperm cells in boys and egg cells in girls.  Some forms of the tumors are most often detected immediately following birth; other types are most common between the ages of 10 and 30.

Previous trials had shown that delaying chemotherapy was safe and effective in Stage 1 germ cell testicular tumors in boys. Over time, 30 percent of the patients developed a recurrence, but they were all treated successfully with chemotherapy.

“So instead of giving 100 percent of them chemotherapy, only 30 percent needed it,” explained Frazier, who said it’s been found that the usual three cycles of chemotherapy administered for the tumors doubles the long-term risk of cardiovascular disease or second cancers.

The current study was undertaken to test a similar watch-and-wait approach in female patients. Frazier said 25 girls with Stage 1 germ cell ovarian tumors were recruited from about 100 medical centers — an indication of the cancer’s rarity. In all cases, the tumors had been completely removed by surgery.

Instead of undergoing chemotherapy immediately, the girls were monitored closely for signs of recurrence. Every three weeks their blood was tested for biochemical markers signifying a regrowth of the cancer, and every three months they were scanned with CT or MRI.

“The median time to relapse was two months, and the latest relapse was at nine months, so the families were not living with uncertainty for a long time,” Frazier said.

The recurrence rate was 50 percent — higher than in the boys with germ cell tumors — but the delayed treatment was similarly effective, yielding a survival rate of 96 percent.

Preventing unnecessary chemotherapy treatment for half of girls with such tumors is still desirable, said Frazier, “because there is evidence that girls are even more susceptible to long-term harm from chemo than boys are.”

The study was supported by the National Cancer Institute.

The annual SIOP congress, the largest pediatric oncology meeting in the world, is hosted this year by Dana-Farber/Children’s Hospital Cancer Center. It is being held Oct. 21-24 at the John B. Hynes Veterans Memorial Convention Center in Boston.