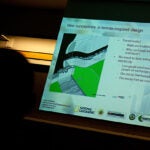 Race may not be as important as previously thought in determining who befriends whom, suggests a new study of American college students’ habits on Facebook. The findings, by a pair of sociologists from Harvard University and UCLA, appear in the current issue of the American Journal of Sociology.

The strongest attraction, the researchers found, turned out to be old-fashioned social pressure. For the average student, the tendency to reciprocate a friendly overture is seven times stronger than the attraction of a shared racial background.

“We both were surprised by the strength of social pressure to return friendships,” says Kevin Lewis, a doctoral student in sociology at Harvard. “If I befriend you, chances are that you’re going to feel the need to balance things out and become my friend, and often even the friend of my friends.”

Other mechanisms that proved stronger than same-race preference included having attended an elite prep school, hailing from the same state, and sharing an ethnic background. Even such routine aspects of college life as sharing a major or a dorm proved at least as strong as race in drawing together potential friends, the researchers found.

“Sociologists have long maintained that race is the strongest predictor of whether two Americans will socialize,” says lead author Andreas Wimmer, professor of sociology at UCLA. “But we’ve found that birds of a feather don’t always flock together. Whom you get to know in your everyday life, where you live, and your country of origin or social class can provide stronger grounds for forging friendships than a shared racial background.”

When they hit on the idea of using Facebook to study social networks, Lewis and Wimmer were looking for a way to study a network of friendships as it developed. With a group of fellow sociologists from Harvard, they set their sights on a cohort of college freshmen: Most of these students’ college relationships, the researchers reasoned, were developing from scratch. What’s more, in many cases, Facebook provided a record of these fledgling social networks.

Lewis and Wimmer decided not to focus on Facebook’s “friend” feature, the most basic indicator of a social connection. Instead, they followed freshmen who posted photos of fellow classmate-friends and then “tagged” the photos with those classmates’ names, a step that causes the photos to be displayed on the friends’ Facebook profiles.

“Tagged photos are byproducts of people who obviously spent time together in real-life social settings,” Wimmer says. “They’re an echo of a real interaction.”

“Much of what at first appeared to be same-race preference, for instance, ultimately proved to be preference for students of the same ethnic background,” Lewis says. “Once we started controlling for the attraction of shared ethnic backgrounds or countries of origin, the magnitude of racial preference was cut almost in half.”

Controlling for the social pressure to return friendships, the importance of racial similarity in friendship formation further receded: by one-half among Latinos and a whopping two-thirds among African Americans.

While Lewis and Wimmer say their findings don’t mean racial discrimination isn’t still a problem in America, they believe past research might have exaggerated the role of race in social relationships, not least because data on race is readily available in existing data sets while information on other characteristics is harder to come by.

“Facebook data on college students allowed us to peer behind race categories to see what other commonalities might possibly be at work in drawing together potential friends,” Wimmer said. “It’s a natural experiment in mixing people from all over the country and seeing how they behave in this new environment.”

The research was funded by the National Science Foundation and UCLA’s International Institute.