Mapping the road to obesity 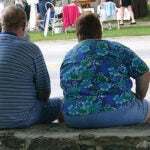 By creating a “map” of histone modifications in fat cells, investigators have discovered two new factors that regulate fat formation, a key step on the road to better understanding obesity, diabetes, and other metabolic disorders. Led by investigators at Beth Israel Deaconess Medical Center (BIDMC) and the Broad Institute of Harvard and MIT, the study appears in the October issue of the journal Cell.

“These findings help to demonstrate the power of epigenomic mapping when it comes to gleaning key insights into fat cell formation,” explains senior author Evan Rosen, an investigator in the Department of Endocrinology, Diabetes and Metabolism at BIDMC and associate professor of medicine at Harvard Medical School (HMS). Fat cells, also called adipocytes, play an integral role in regulating metabolism by controlling lipid and glucose balance.

To better understand how adipocytes control the genes that impart the specialized functions of these cells, the researchers turned to epigenomics, and specifically the arm of epigenomics known as histone modifications.

“Deoxyribonucleic acid [DNA] is tightly wound around proteins called histones, which, over time, can accumulate chemical modifications, or ‘marks,’ ” explains Rosen. “These marks instruct the cell which genes to turn on and off, and by mapping these modifications, we can gain important insights that would be unattainable through traditional means.”

Unlike previous investigations, which examined fat cells at a single static time point, this new study mapped several histone modifications throughout the course of fat cell development, using a technique called chromatin immunoprecipitation followed by massively parallel sequencing, or ChIP-Seq. This method relies on the ability to sequence tens of millions of short stretches of DNA (in this case DNA bound to modified histones) and then to reassemble results into a coherent genome. In addition to following these histone markers across time, the scientists also mapped the markers across species.

“Our study looked at both mouse cells and human cells,” explains Rosen. “This is key because each cell type can accumulate histone marks that actually have nothing to do with fat cell differentiation. Consequently, by comparing two different cell models, we were able to sift through and focus on the epigenetic marks that appeared in both cell types.”

What emerged was a core set of histone modifications that formed the basis of a “road map” for the scientists to follow. And, by using this new map, the investigators discovered two transcription factors (proteins that control the copying of DNA into RNA) that regulate fat cell formation.

“Although these particular studies were focused on the development of fat cells, we have reason to think that SRF and PLZF may be involved in the workings of mature fat cells as well,” notes Rosen, adding that these new findings, therefore, have the potential to impact metabolic diseases such as obesity and type 2 diabetes.

“The huge costs of obesity and metabolic disease, both in terms of health and from a financial standpoint, are making adipocyte biology increasingly important,” he adds. “With these new findings we now have a better understanding of normal fat cell development, and going forward, we can compare normal fat cells to fat cells in disease states. If we can better understand why fat cells behave as they do, then we can work to develop therapies for obesity or diabetes.”

This study was funded by grants from the National Institutes of Health and the American Diabetes Association.

Co-first authors of the study are Zhao Xu of BIDMC and Tarjei Mikkelsen of the Broad Institute of Harvard and MIT. Co-authors include Broad Institute investigators Xiaolan Zhang, Li Wang, and Eric Lander; and Jeffrey Gimble of the Pennington Biomedical Research Center, Louisiana University System.